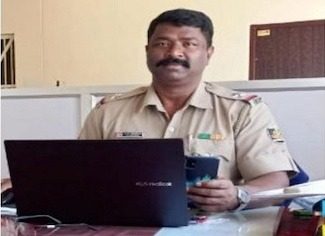 Bhubaneswar: An Assistant Sub-Inspector (ASI) at Baranga police station was found hanging inside his house near Nandankanan on the outskirt of Odisha capital on Sunday.

According to reports, the ASI, identified as Ashok Pradhan, was found hanging in his house at Padasahi in the morning.

The circumstances that led to the death of Pradhan, who was posted at Baranga police station near Nandankanan, is yet to be ascertained.

A team of police personnel reached the spot and launched an investigation into the incident. Efforts are on to ascertain the reason behind the incident.

The body was recovered and sent for post-mortem. Further details are awaited.

‘Woman’ Chosen As Dictionary.com’s ‘Word Of The Year’