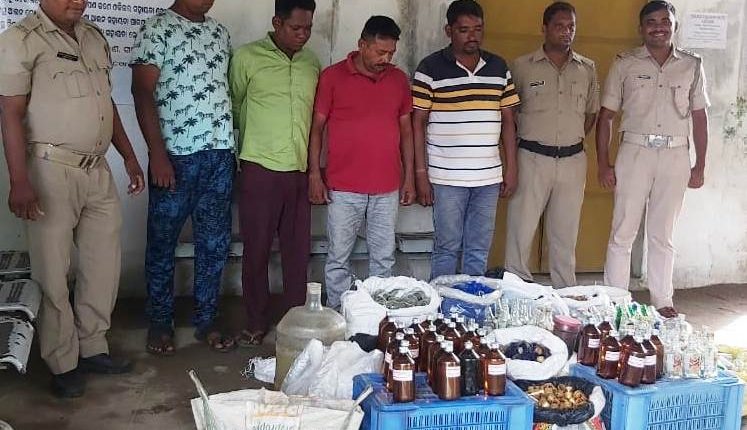 Berhampur: Police have busted a duplicate IMFL producing unit and arrested 4 persons in this connection in Odisha’s Berhampur city.

As per reports, while a team of Golanthara police station under Berhampur police jurisdiction in Ganjam district was patrolling on Tamana-Siala road on Sunday night, they detained four youths carrying duplicate India Made Foreign Liquor (IMFL).

On getting information about the fake IMFL producing unit from them, the police conducted a raid on an abandoned house. The team led by Golanthara IIC Vivekanand Mahant found 4 persons engaged in producing the spurious liquor and arrested them.

The police also seized 40 litre of spirit, 20 litre of spurious liquor, 500 empty bottles of reputed liquor brands, 3,000 caps and 500 labels from the unit.

It may be noted that police had arrested Nilu Sahu in connection with another case of duplicate liquor production some time back. He was released on bail recently.