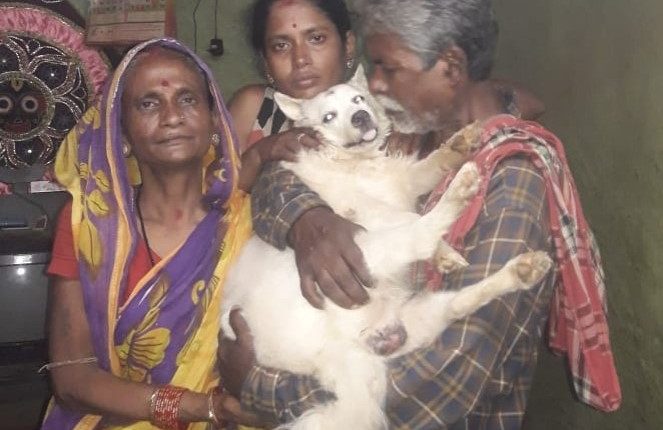 Berhampur: A man has filed a police complaint against veterinary hospital following the death of his pet dog in Odisha’s Ganjam district.

According to sources, Ganapati Dakua and his wife Sabitri of Jilinda village under Bhanjanagar police station had brought a puppy 4 years back following the death of their only son due to brain malaria. The couple and their daughter Santosini named the dog as Dugu and loved it as a member of the family.

As Dugu fell ill on October 17, Dakua took him to the veterinary hospital at Bhanjanagar to consult the doctors. After conducting the health check-up, the veterinarian administered an injection. He advised Dakua to take Dugu home and assured him that it would get well soon.

But a few hours after returning home, Dugu died. When Dakua contacted the veterinary doctor, the latter could not give any satisfactory answer for the death of Dugu.

Heartbroken by Dugu’s death, Dakua filed a complaint against the veterinary hospital. Seeking investigation into the cause of Dugu’s death, he has demanded stern action against whoever is responsible for the untimely death of his pet dog.