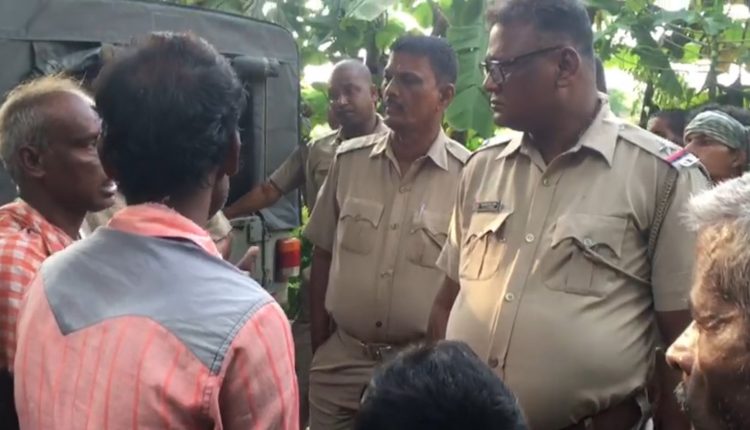 Kendrapada: Tension prevailed in a village due to a violent clash between two groups of villagers over immersion of Khudurkuni idols in Odisha’s Kendrapada district on Thursday.

According to sources, the villagers of Nachhipur and Paniola under Kendrapada police limits were engaged in a violent clash during immersion procession of the idols on Wednesday night. On being informed, police reached the spot and stopped the procession to prevent any untoward incident.

On Thursday, the people of the two villages filed complaints at the police station against each other. On returning to their villages, they were again engaged in clash. The two groups attacked each other with sharp weapons and pelted stones.

While several villagers sustained injuries in the clash, two of them were admitted in community health centre (CHC) at Nischintakoili and district headquarters hospital at Kendrapada.

Following the incident, one platoon of police has been deployed in the area to prevent further escalation of violence and maintain law and order.

Special Jumbo Jet To Bring 8 Cheetahs To India; Where Will They Be Introduced?