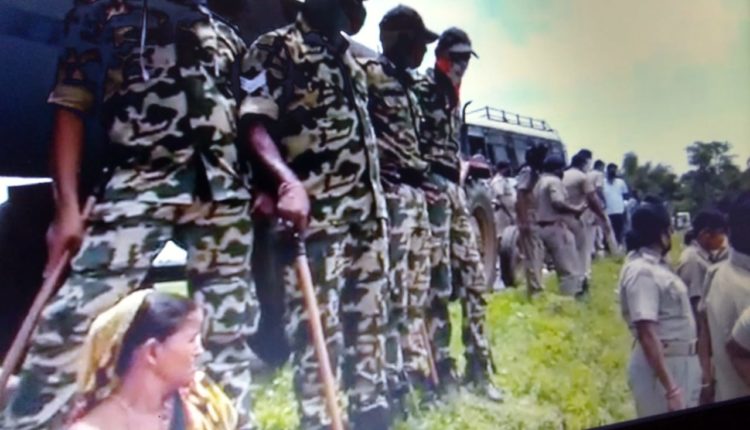 Paradip: Police on Wednesday detained 23 farmers for opposing laying of oil pipeline on their farmland without payment of adequate compensation.

A few days after IOCL-Paradip authorities started laying underground pipelines connecting Paradip with Hyderabad in Ersama block, the farmers of Balitutha panchayat, whose land was used for the purpose, took up the matter with Jagatsinghpur district administration. They also held discussion with the officials concerned regarding compensation several times.

With the talks failing to yield any result, the affected farmers launched a peaceful agitation. They have been sitting on a dharna to press their demand at Badabuda for the last three days.

On Wednesday, Kujang police reached the dharna site and took 23 farmers into custody for obstructing the official work.

Tirtol SDPO Dipak Ranjan Jena said while the pipes were being laid, the villagers opposed it leading to a tussle between them and the police personnel deployed there. In order to maintain law and order, police have detained 23 farmers.

Stating that the farmers whose land would be used by the IOCl have already been paid compensation, Jena said the agitating villagers were demanding more amount.

Meanwhile, two platoons of police under the supervision of four inspectors have been deployed at Balitutha to prevent any untoward incident.