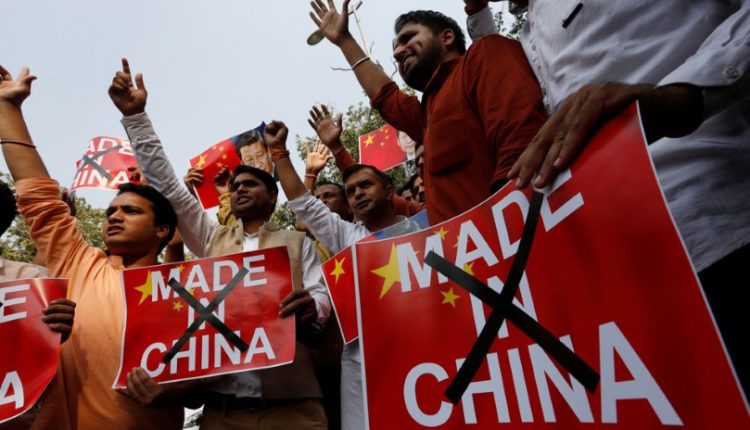 New Delhi: The Confederation of All India Traders (CAIT) on Wednesday launched a campaign calling for boycott of Chinese goods across the country.

Titled ‘Indian Goods — Our Pride’, the aim of the campaign is reduction in imports of Chinese-manufactured goods by Rs 1 lakh crore ($13 billion) by December 2021.

Most of the world believes that it was China’s inability to contain the coronavirus outbreak that resulted in a global pandemic. Economies have crashed and the life and livelihood of human beings everywhere have been affected.

There is a strong resentment and anti-China mood among global citizens, including Indians, which is the driving force behind the campaign.

The CAIT campaign is an important step towards making Prime Minister Narendra Modi’s call for ‘Vocal for Local’ and ‘Aatmanirbhar Bharat’ a reality.

CAIT has identified a list of 3000 items which are currently imported from China but are easily replaceable by Indian-manufactured goods, in the first phase of this campaign.

CAIT will make traders and citizens of India aware that instead of Chinese goods, Indian products should be sold and bought.

They released a face mask and a glass for drinking tea and water to be provided in trains, on which the message of the campaign ‘Indian goods — our Pride’ is imprinted. By December, about 5 crore glasses will be distributed in the Rajdhani and Shatabdi trains of different routes for catering purpose.