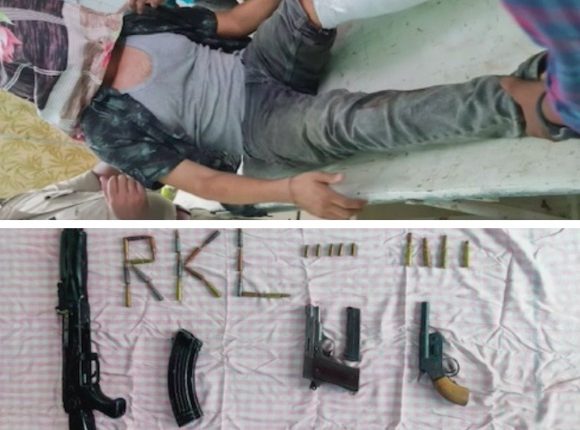 Rourkela: An AK-47 and 20 live bullets were recovered following an encounter with dreaded criminals under Chandiposh police limits in Odisha’s Rourkela on Saturday morning.

“While two criminals have been arrested, one among them sustained bullet injury. Sophisticated weapons, including AK47, a 9mm pistol, a single-shot pistol and live ammunition, have been recovered from them, besides a car and a bike,” said Rourkela SP Mukesh Bhamo.

The criminals reportedly hail from neighbouring Jharkhand. The injured has been admitted to Rourkela Government Hospital (RGH), for treatment. Another accused managed to flee the spot, sources said.

The SP further said that they had some inputs regarding the criminals, following which patrolling was intensified in the region.

“Only after a detailed interrogation of the criminals, we can divulge further information,” the SP added.

He along with other senior police personnel has reached the hospital and further investigation is underway.