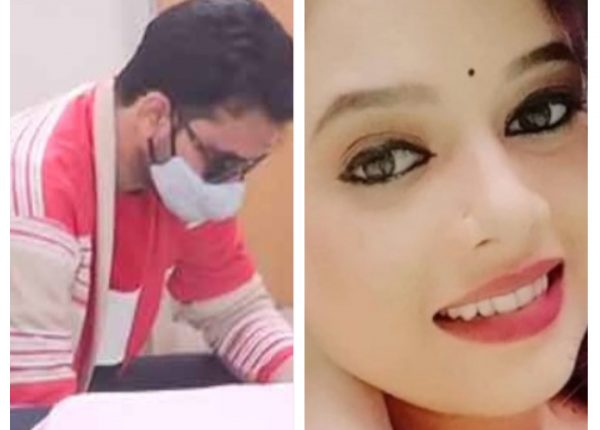 Bhubaneswar: Police on Thursday grilled former boyfriend of television actress Rashmirekha Ojha, who allegedly committed suicide in Odisha capital on June 18, even as a video containing a dance by the actress in a bar has gone viral in social media platforms.

On being summoned, the deceased Rashmirekha’s former boyfriend Raja went to Nayapalli police station in Bhubaneswar where he was questioned for several hours on the day.

Speaking to media persons after the questioning, Raja said since his name was raised in different sections of the media, the police had called him for interrogation. Though Raja, a television actor, claimed that he did not have any role in the death of Rashmirekha, he did not reveal the details of the interrogation on the ground that the case was under police investigation.

Raja’s name had cropped up in the case after an audio clip of a purported conversation between the actress and Santosh went viral on Monday. The actor admitted to being in a relationship with Rashmirekha, who had tattooed his name on her hand, in the past.

Earlier, Nayapalli police issued a summon notice to Santosh Patra, the alleged live-in partner of Rashmirekha who was found hanging in her rented accommodation in Bhubaneswar on July 18. Santosh has been absconding since the death of the actress.

Rashmirekha’s family has accused Santosh of killing Rashmirekha out of jealousy as he was not happy that she was still in touch with Raja. Her father has lodged a complaint in this regard at police station on Wednesday.

Meanwhile, a video containing a dance by the actress in a bar has gone viral in social media platforms. The video shows Rashmirekha dancing to the tunes of a popular Odia music video. Though the date of the video’s recording has not been confirmed, it is claimed in the social media as her last video before death.

Can Work From Home Be A Legal Right? Proposal Soon In Parliament Of This Country