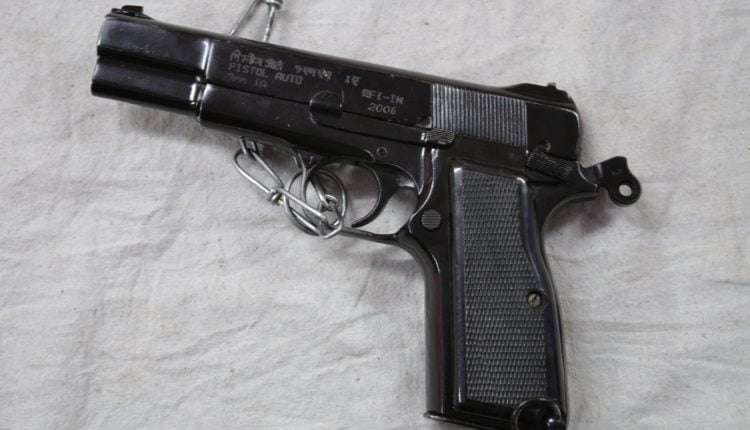 Berhampur: Police have seized an unlicensed  9 mm pistol from the house of Santosh Kumar Rout, president of BJP Khalikote block in Ganjam district and also the husband of BJP supported Samiti member of Kairash panchayat.

Police came to know about Khallikote link in the recent murder case of former block chairman of Beguniapada Debraj Sahu and were investigating the pistol used in the crime.

During interrogation of some criminals, police knew the source of the pistol used in the killing of former block chairman. “We conducted a surprise raid on Rout’s house in Kairash village after we came across his name. During search, the illegal 9 mm pistol and a magazine were seized,” said a senior police officer.

Police have registered a case under sections 25 (1-B)(a) Arms Act and forwarded Rout to the court. Rout has admitted that he had procured the pistol from one Dharmendra Das alias Dharmi of Lochapada in Khallikote, police said.

They Dived Into The Sea To Become Husband And Wife!