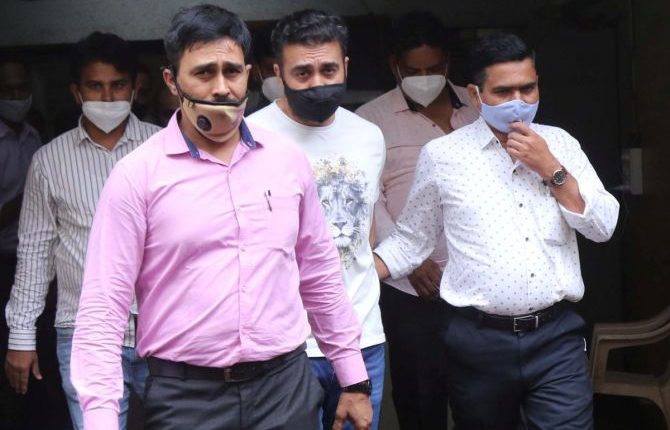 Mumbai: Raj Kundra’s bail plea was rejected by a Mumbai court on Wednesday.

Mumbai Police is investigating Kundra, who was arrested last week on charges of producing and distributing pornographic films through apps.

A fresh FIR was also lodged on Wednesday in connection with the pornography case against Shilpa Shetty’s husband, in which actress Gehana Vashishth’s name has also been mentioned. Charges of cheating and robbery have been included in this FIR.

The bail petition of Kundra, who was remanded in police custody till July 27 before being sent to 14 days’ judicial custody, was heard on Wednesday.

The public prosecutor opposed the petition, saying that Kundra is an influential person and can intimidate witnesses to derail the probe.

Kundra’s lawyer countered by saying, “Is Raj Kundra a terrorist?” He also argued that a chargesheet was filed in April and many of the accused are out on bail.

However, the bail pleas of Kundra and his business associate Ryan Thorpe were rejected by splanade Court.

Kundra has also moved the Bombay High Court contending that his arrest is illegal as he was not served notice.

The high court, which granted Kundra no immediate relief on Monday, will again hear the case on Thursday.

Forensic auditors have been appointed to look into financial transactions and bank accounts of Kundra. According to police, even Shilpa is not above doubt. The Bollywood actress was already been interrogated by Mumbai Police once, and their house raided.