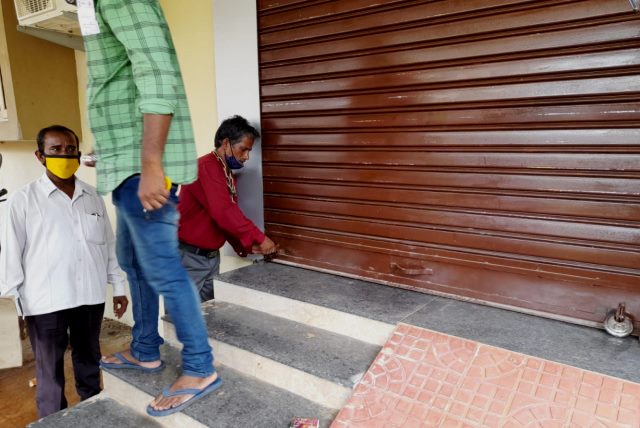 Bhubaneswar: The enforcement squad of Bhubaneswar Municipal Corporation (BMC) on Wednesday sealed a portion of an apartment at Ghatikia in Odisha capital for alleged violation of Bhubaneswar Development Authority’s (BDA) building plan.

The dwellers of Rudra Narayan Apartment said the building plan of the apartment approved by the BDA, included a basement for the parking of the vehicle. However, the builder, in gross violation of the building plan, constructed two houses and gave them on rent to State Bank of India (SBI) and Bank of Maharashtra to open their branches. As a result, they were forced to keep their vehicles outside the apartment premises.

Acting on the complaint, the BMC team sealed the branch offices of the two banks and sent a notice to the builder.