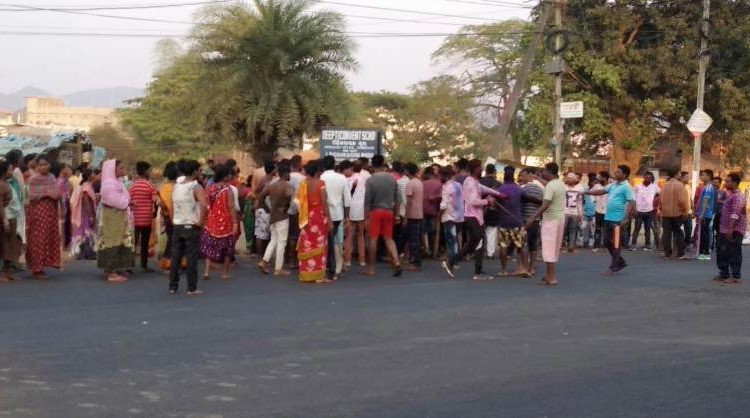 Koraput: The district administration on Saturday imposed Section 144 of CrPC in two villages under Jeypore Sadar police station limits of Odisha’s Koraput district after clashes there on Friday afternoon.

Seven persons were injured when police opened blank fire to disperse a mob following a clash between the two villages under Jeypore Sadar police limits here on Friday.

The police said there was a long-standing rivalry between two groups of people of Dhepaguda and Kundariguda villages. The clashes took place at 3.30pm on Friday when the two groups had gone bathe in a nearby canal after Holi. There was a heated exchange of words between them, which later turned violent as both groups engaged in brick-batting.

Following the information, a Sadar Police team rushed to the spot to take stock of the situation. As the situation went out of control, the police opened four rounds of fire to disperse the irate mob. But the brick-batting continued, resulting in seven persons getting injured and two bikes getting completely damaged.

Vehicular traffic came to a standstill on National Highway-26 for over nearly three hours as the two warring groups pelted each other with stones on both sides of the road.

A joint team of Town Police and Mahila Police, accompanied by a platoon of the Armed Police force, later rushed to the spot. The police admitted the injured persons to the Jeypore sub-divisional hospital on Friday.

Elderly Man Shot At By Miscreants In Khurda