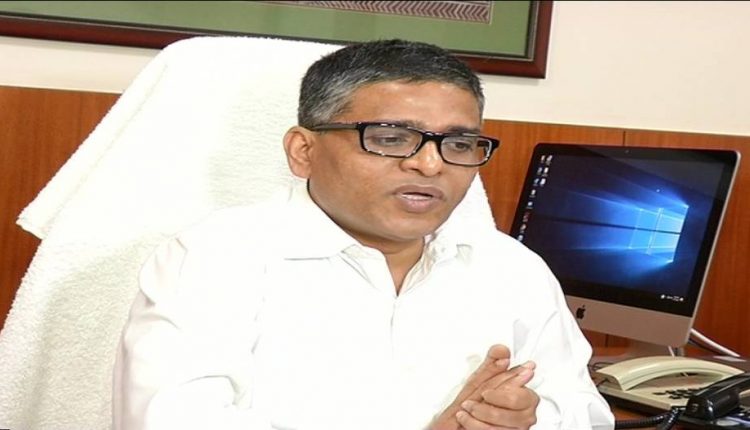 Bhubaneswar: Additional Chief Secretary (Health and Family Welfare) Pradipta Kumar Mohapatra proceeding on leave amid the ongoing fight against COVID resurgence in Odisha has triggered discussions in different circles, with speculation rife that he was asked to do the same by the powers that be.

While some believe Mohapatra’s has taken leave due to the pressure following Orissa High Court expressing dissatisfaction over the affidavit filed by the health department on COVID deaths in the state, some others think he took leave due to personal reasons.

There is also speculation in administrative circles that those calling the shots in the government asked Mohapatra to proceed on 28 days leave, following certain ‘differences’. Mohapatra could not be contacted for comments.

The General Administration & Public Grievance Department, however, on Monday said that he was granted EL from September 14 to October 11 on personal grounds.

On September 8, the High Court termed the department’s affidavit filed as ‘inadequate’. “The manner in which the death statistic was arrived at and the period covered is not clear,” the division bench of Chief Justice S Muralidhar and Justice BP Routray observed.

The Health Secretary was asked to clarify as to whether the death position submitted relates to the entire period of the pandemic and file a detailed supplementary affidavit by October 4.

The government had stated that the reporting of COVID deaths slowed down during May, June and July when the cases were soaring, and doctors in the hospitals were busy saving the lives of patients. The 4,925 deaths as of July 15 is the number of updated scrutinised data pending the final decision. After the severity of the pandemic declined significantly during the second half of July and August, the scrutiny of all the backlog records of the patients who died was expedited to find the primary cause of death. The COVID-19 deaths were ascertained to be 8,022 in the state till August 30, the affidavit added.

The next hearing is on October 7.

A 1988-batch IAS officer, Mohapatra replaced Nikunja Bihari Dhal amid growing ‘discomfort’ in the government over the management of the pandemic, in May 2020.

“Appointment of an ACS rank officer was necessary in view of the massive coordination works required in the next few days as lakhs of Odia migrant workers, students, professionals, stranded pilgrims and patients would travel back to Odisha from affected states,” the state administration said.

Mohapatra was tasked to coordinate with the Centre and push through relief measures in the state while monitoring the COVID-19 situation and strategising ways to plug the spread of the deadly virus.