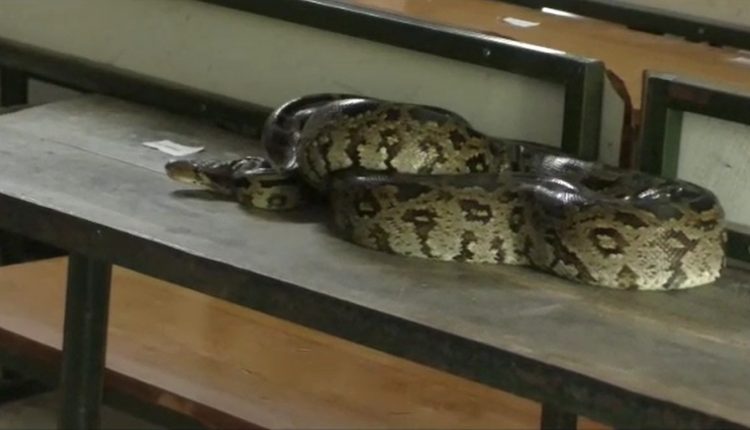 Malkangiri: A 6-ft python was rescued from a classroom of Malkangiri College on Tuesday.

According to sources, when the students of English Honours of the college went to their classroom, they found a huge snake sleeping on a bench. Scared by the sight, they rushed out of the room and told the college officials about the snake.

On being informed, Snake Helpline members led by Satyajit Gouda went to the college. After identifying the snake as a python, Satyajit caught hold of it safely and kept it in a bag. The 6 feet long snake weighed around 15 kg.

Satyajit told the media that they had informed the Forest department about the rescued python and would release it in a nearby forest after it is checked by veterinary doctors.