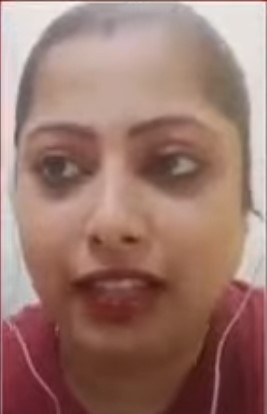 “Both families 0f Babushaan and his wife Trupti are highly disturbed by the incident. We have tolerated a lot. All of us want the matter to be sorted out and the situation returns to normalcy,” said Trupti to a local TV channel on the viral video on the assault of Babushaan’s wife on him and actress Prakruti.

On police cases filed by Babushaan’s wife and Prakruti’s mother, Trupti said, “We have full confidence in the efficiency of Odisha police. The police have been very helpful and we are cooperating with them. I am sure that police investigation will bring out the truth.”

She appealed to Babushaan’s fans to stand with him during this difficult time so that he would come out of it and entertain them through his films in future. “I would request his fans to pray for him. I want him to lead a peaceful and happy life with his family and achieve more success in his career. The Odia film industry has very high hope in him and he should come up to fulfil the filmmakers’ expectation of him,” she said.

On Babushaan’s reaction after returning to his parents, Trupti said, “We do not want to disturb him now as he is in highly disturbed condition. We want to give him space so that he would prepare himself to start afresh.”

On Trupti’s reaction, Babushaan’s sister said she will definitely come to meet him and they will sort out all the issues in presence of Babushaan’s parents and senior actors Aparajita and Uttam Mohanty at their home.

She appealed to media persons to allow Babushaan to sort out whatever problems he is having at present. “Please cooperate with him and leave him alone. He will definitely be able to come over the crisis and return to the industry to start work soon.”

On Babushaan’s statement that he would no more act with any actress, she said it was an emotional statement by him. He was disturbed by the statements of his parents to the media and did not want to displease them. “It is not an issue. Babushaan has acted with lot of actresses and his wife did not have any problem with them. She reacted only to Prakruti as the latter tried create disturbance in my brother’s conjugal life. Prakruti has already done enough damage to Babushaan and I want her to stop meddling in his personal life in future.”

Was Prakruti Mishra Invited To Event On Odia Film ‘Daman’ In Chennai? Check What Film’s Director Has To Say