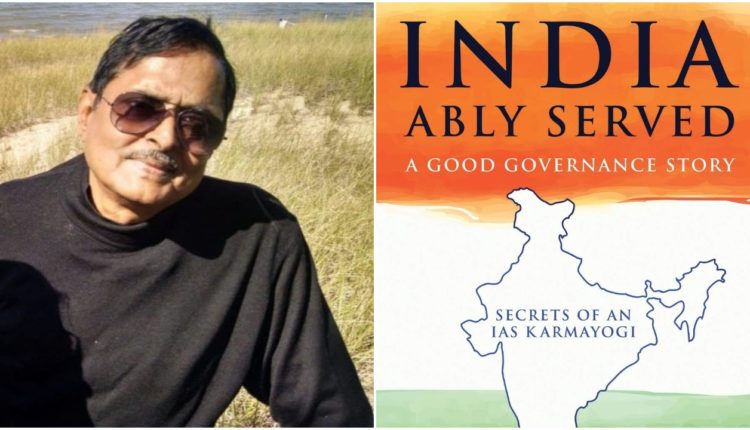 There was a time, much before the expanse of social media and its electronic articulation, when the All India Radio was the solitary purveyor of instant news in India. There was a time, when the names of 10 best candidates who had cracked the Civil Service examination of the UPSC for that year would be read out in the AIR evening news bulletin from Delhi.

They used to be known in the jealousy-tinged parlance of our Cuttack street as the ‘Radio IAS’. Purna Hota, the eldest son of Cuttack’s Banchha Nidhi Hota family made it to Radio IAS in 1962 by occupying 7th rank in the merit list. And their son in the middle order, Prasanna Hota, who wrote the exam from Delhi, also featured among Radio IAS by standing 7th once again in the combined merit list of 1969, and eventually became the topper in his batch of the IAS.

Despite the glory, he did not grow even half a millimetre of highbrow, as he sailed through his career in the higher echelons of bureaucracy, bagging one prized posting after another. They ranged from the office of Cuttack Collector to Secretary to the Government of India (GOI) in Ministry of Health & Family Welfare, and an international assignment. That apart, he missed by a whisker the chance of becoming the first Odia Cabinet Secretary in Government of India, by a set of fortuitous circumstances, perhaps more man-made than divine.

Despite such a roller-coaster ride, Prasanna Hota is normally identified with a mirthful face, half-seductive, and amused eyes, half-closed like a pigeon’s in siesta, and a burst of rocking loud laughter lurking within, looking for a chance to explode. Of course, you need the finest of the punch cartoons, the most subtle and witty ones, or the grossest ribaldry of Cuttack streets to provoke the fireworks.

Prasanna Hota is full of such energetic vitality, regardless of his chronological age, which only creative mischief can bring about. Thus, undiminished by retirement, Prasanna Hota has just published his autobiography which he has consciously titled ‘India Ably Served’.

Given the nature of civil service in our country now, the book has to do a lot to justify the title, as some may say. I will vouchsafe, however, from my understanding that whichever part of India Prasanna Hota served in whichever way, it was ably served. 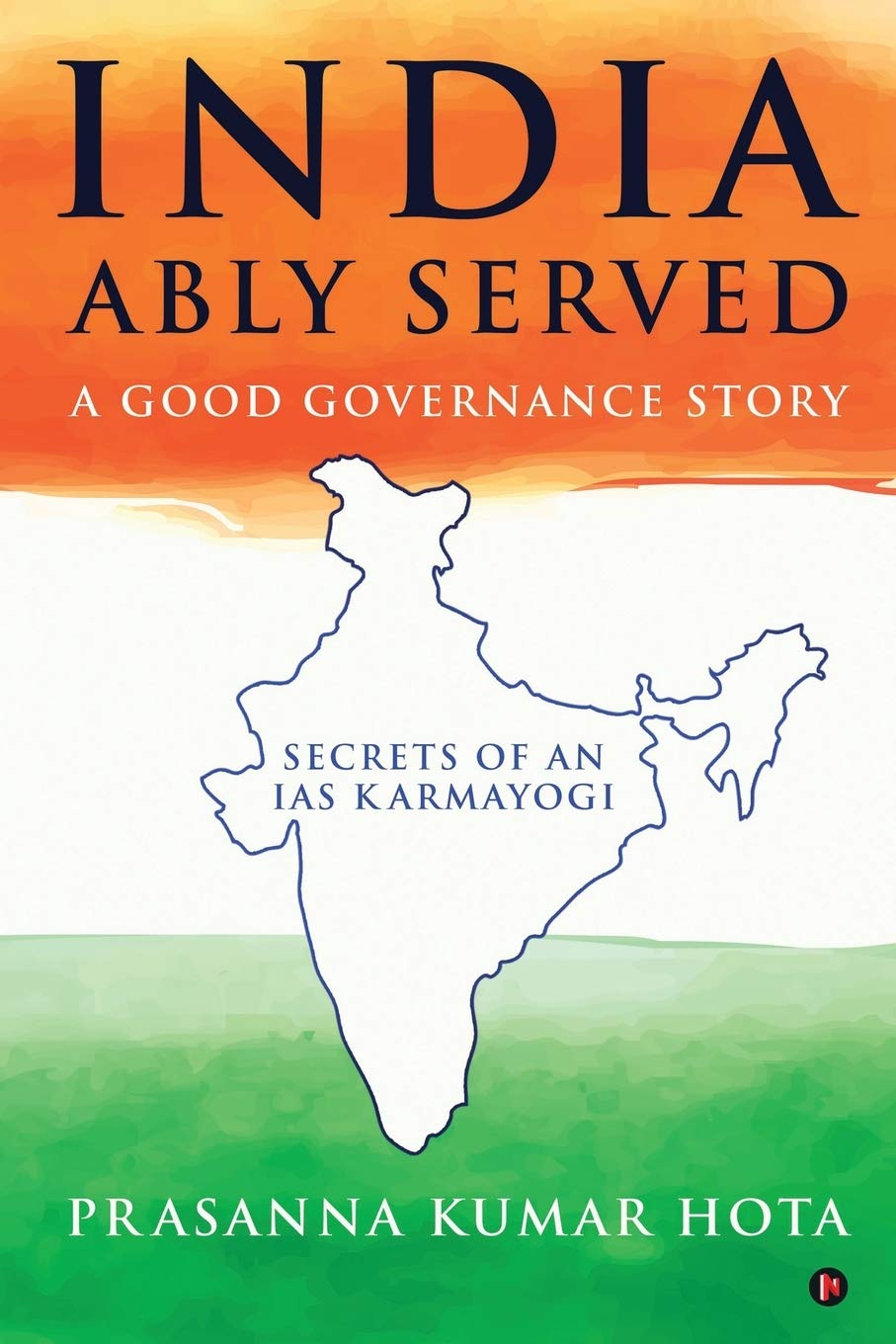 Published by Notion Press, Chennai, the book chronicles his life story in civil service spanning four decades, running into 244 pages in a book of demy size with an unimaginative tri-colour as cover. And his journey, from not-so-natty streets of Cuttack to Hawaii and Columbia University in New York, from the hinterlands of Odisha to some of the plum postings that a bureaucrat could aspire for, was not a pleasant walk on a garden path, but a bedrock built with blood, sweat and, yes, sometimes tears.

He coped with a lot of disappointment in his career, as well as in life at large, with considerable grace under pressure, which is the other name for courage, and not without some wry humour.

As a student, right from his school days till he topped the IAS in his Class of 1969, Prasanna Hota was uniformly bright and followed no shortcut to hard work. His political science notes, written in longhand with his signature ink of aquamarine blue, was a craze amongst other civil service aspirants. I would vouch that apart from me, my two other friends, K P Singh and Ashok Saikia, were direct beneficiaries of these ‘Hota’ notes. Saikia, who is no more, virtually ‘ruled India’ (our parlance) as the most powerful official in the PMO during the five-year regime of Atal Bihari Vajpayee.

All the coveted postings that Hota got in Odisha as well as in the Centre, were on account of his being a part of the non-existent ‘merit quota’. Prasanna, of course, winks at this proposition and humours it away by saying in the book that ‘merit’ does not survive in India for long. Instead, he affirms that in our traditional governance, one could grant at the most ‘50 per cent weightage to merit and the rest to nepotism and such other non-merit considerations.’

Prasanna Hota’s book rolls smoothly on a conveyer belt of endless anecdotes. They are delightful and clever. They are inductive, born out of the empiricism of a hard-working Indian civil servant, with an unmitigated appetite for novelty in work.

In most of the assignments, the protagonist was obsessively involved in turning around the loss-making enterprises and breathing freshness into the clogged government machinery. His substantive makeover of the Scooters India Limited merited to be a case study of the Kellogg School of Business. The maze of riddles thickens when he emerges as the distant crisis manager during the super cyclone of 1999 in Odisha as the Principal Resident commissioner at Delhi. And, after all the hard work, he was dragged into a court proceeding, which in his angst he attributes to ‘ungrateful leaders, ungrateful people and ungrateful system’.

As they say, human beings cannot control what life throws at them, but they have a choice in what they make out of it. Prasanna Hota played on with hard work and imagination and took whatever he received in his bureaucratic charade, as given. Whether as the first Odia Vice Chairman of DDA in Delhi or progenitor of the National Rural Health Mission as Health Secretary in the Centre, he vastly improved the delivery system of public goods by his unique ‘managerial approach’, and his innovative ‘skill balancing’.

It’s fascinating to read how he covered up the unforgivable delay of his Minister to a pre-ordained meeting with Bill and Melinda Gates, by using his accomplishment in playing bridge as a ploy. It is also captivating to learn about his dexterity in Norway, where he had to engage in an acrimonious debate with the Executive Director of WHO, and emerged victorious in the presence of the Norwegian Prime Minister, which eventually earned him a UN assignment.

However, there have been regrets too, particularly two of his imaginary homelands being unrealized — the theme park ‘Bharat Vandana’, a national vista of art and architecture of all states of India in the Delhi sub-city Dwaraka, and his blueprint of the Hospital Corporation of India.

In the end emerges a deductive testament of what the guardians of good governance should be, in his staccato, no-frills language, that ‘IAS officers must be energetic round the clock, and never tire of serving the people’. This is also the prelude with which his story had commenced.

Prasanna Hota is a natural storyteller. He is passionate about books and reads everything from the lyrical to the critical in world literature. He catches less literate friends like me by the scruff of the neck and goads them to read the works he is passionate about, even by arranging their availability at his own expense.

Prasanna Hota is a connoisseur in the choice of world-class stories. Like the early bird, he started reading a vast array of stories from his boyhood. He also wrote a few, quite clinching ones, but retreated from publishing. As late as in 1999, he surprised us all by bringing out a book in Odia called ‘Jugalbandi’, entwining 11 classy short stories from other shores in translation, with a similar number of his own original writing.

The book which Hota has written now is in a way his autobiography, but it has been written very differently. He might have embellished them with his home-spun anecdotes, but he is opposed to writing it in the nature of any hagiography.

Prasanna’s book is an assertion of his will and morale, his unwavering good governance initiatives, which the officers of the younger generation may not only find amusing but absorbing, and may inculcate it as a hands-on manual. His book is a treatise of ‘Public Administration in Indian reality’. Professors and students of Public Administration and aspirants of Civil Service will do well to read this book to get a first-hand account of the ‘fundamentals’ of a productive result-oriented administration, based not on an elitist approach of ruling over but serving with dedication the common people.

Telangana Chief Minister KCR Tests COVID Positive; Know Other CMs To Have Been…