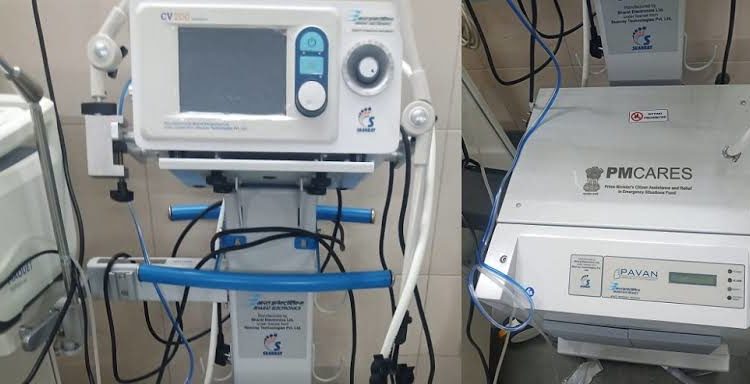 Chandigarh: The ventilators received for COVID-care by the Union Territory under the PM CARES fund have come under scrutiny after doctors from PGIMER found them “faulty”.

According to reports on Saturday. 20 ventilators were sent to Chandigarh. Of them, 10 were kept at Government Medical College and Hospital in Sector 32 and 10 were sent to PGIMER for its COVID-care hospital in Nehru Extension Block.

“A team of doctors, including pulmonologists, anesthesiologists and intensive care experts, checked the equipment as we do with any new equipment and found them not up to standard. Since they are substandard, we won’t use them on our patients and put their health at risk,” a hospital official tod the Indian Express on condition of anonymity.

On his part, PGIMER Director Dr Jagat Ram reportedly said, “Yes, I was informed that there is an issue with the ventilators, but I am unaware of the details about the technical faults.”

A total of 50,000 India-made ventilators were distributed under the PM CARES fund to states and Union Territories.

Out of these 50,000, Bharat Electronics Limited has manufactured 30,000 while the companies, AgVa Healthcare, AMTZ Basic AMTZ High End and Allied Medical (350) have manufactured the rest of the ventilators.

Reportedly, two out of the 10 ventilators at GMCH-32 are now being utilised at the ward earmarked for suspected COVID-19 patients.

Indian Idol 12 Online Audition; Here’s What You Have To Do