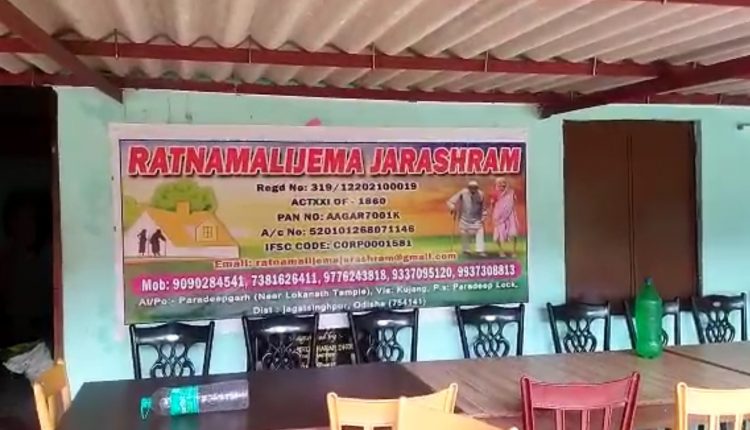 Jagatsinghpur: The president of an old age home was allegedly hacked to death by an inmate in Odisha’s Jagatsinghpur district on Sunday.

According to sources, the accused, Kirtan Parida was staying in Ratnamalijema Jarashram at Paradipgarh in the district. He also used to help the officials of the old age home in different works like gardening and housekeeping.

On Saturday, Kirtan asked the president of the old age home, Santosh Kumar Behera to give him some money so that he would go to his native place. Behera told him to wait for two more days as the ashram did not have enough fund at the time. But he assured Kirtan that he would arrange money to help him.

On Sunday afternoon, Kirtan suddenly attacked Behera in the latter’s office room with a spade. As Kirtan hit Behera on the body and head, the latter fell down profusely bleeding. Kirtan also damaged computer and furniture inside the office.

On hearing their shouting, as the inmates rushed to the spot, Kirtan went away and consumed fertiliser kept at the back of the ashram for gardening.

On being informed, a team from Paradip Lock police station along with additional SP of Paradip went to the old age home. By the time they arrived, Behera had died. The police sent his body for post-mortem and admitted Kirtan, who had become unconscious, in the community health centre (CHC) at Atharbanki.

The police have registered a case in the incident and launched an investigation.