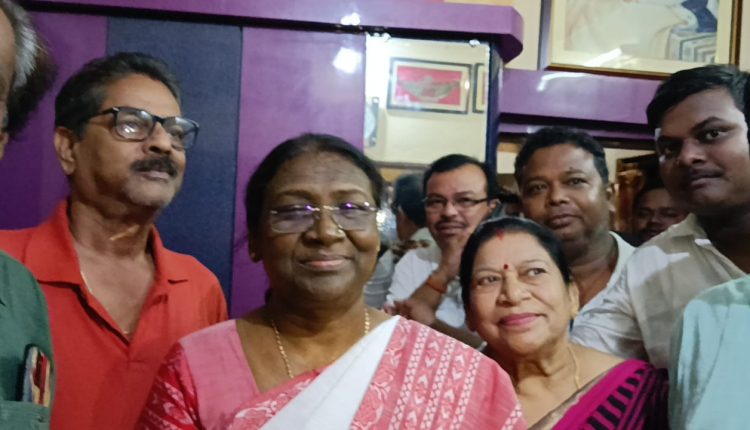 Bhubaneswar: The scheduled visit of NDA’s Presidential candidate Draupadi Murmu to Kolkata on Saturday has been cancelled.

Murmu’s visit to Kolkata, as part of her campaign for seeking support from MPs and MLAs in all the states, was cancelled after the Centre announced national mourning on the day as a mark of respect to former prime minister of Japan Shinzo Abe who died after being shot by an assassin.

A press statement was issued by the West Bengal unit of the BJP on Saturday morning where it informed the media about the decision to postpone the visit, adding that it will be rescheduled.

“As a mark of respect to former Japan’s Prime Minister, Shinzo Abe, a one-day national mourning shall be observed on July 9. Therefore, all programmes of NDA Presidential candidate Draupadi Murmu stands cancelled for July 9, 2022,” a national news agency quoted the press statement of West Bengal unit of the BJP as stating.

Murmu was supposed to hold a meeting with 69 elected party legislators in West Bengal. She had visited Odisha two days back and met the leaders, MLAs and MPs of ruling BJD and opposition BJP.