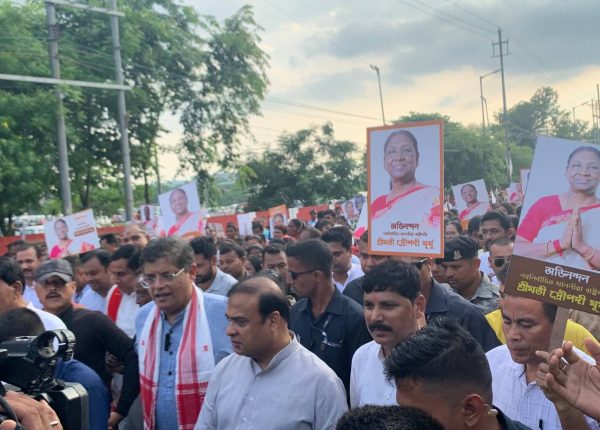 Bhubaneswar: With the official announcement of election of Droupadi Murmu as next President of India remaining a mere formality, BJP vice-president Baijayant Panda said it is a historic moment for the country.

Speaking to media persons on the sideline of a huge public meeting organised on the occasion in Guwahati on Thursday, Panda said Murmu would be the first tribal woman President of the country and it was long overdue. “It is a major achievement for the country and there is a tremendous enthusiasm and support for Murmu. Not only the tribal communities, but also the people from all sections of the society across the country are celebrating the moment,” he added.

Congratulating Murmu, Panda said she is not a mere symbolism of the rise of tribals in the country. “Coming from an ordinary and humble background, she has worked really hard and struggled. She has spent a long innings in public life and created a brilliant image for herself. She was elected as a councillor and then an MLA to Odisha Assembly. She is known as a corruption-free and able administrator. As Governor of Jharkhand, she earned very high reputation the way she conducted herself in the post,” Panda said.

Murmu, the NDA’s Presidential candidate, has taken an unassailable lead after second round counting of votes polled in the election. Total 1,886 valid votes had been counted valued at 6,73,175 in the first two rounds.