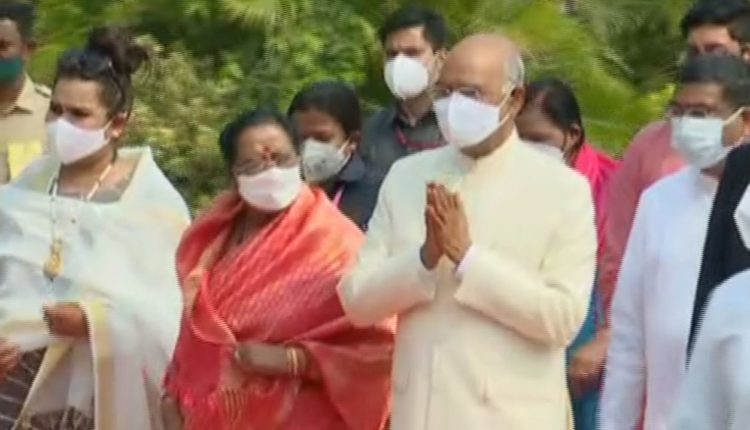 After arriving in the Pilgrim Town around 9 am, they were welcome by Gajapati Maharaja Dibyasingha Deb at the Singha Dwar. Kovind’s family servitor Narayan Gochhikar escorted the couple inside the 12th-century shrine. Governor Ganeshi Lal and Union Minister Dharmendra Pradhan accompanied them.

Puri was turned into a fortress for the President’s visit with 40 platoons of police and 250 officers deployed in the town and Konark.

The 12th-century temple was cleared of devotees an hour before the President’s arrival to offer prayers. Only servitors were allowed to remain present during his stay at Srimandir.

After the darshan of the sibling deities, the couple donated Rs 1 lakh for the development of the shrine to the SJTA chief.

Kovind also discussed with officials concerned regarding the beautification works underway in the temple surroundings. 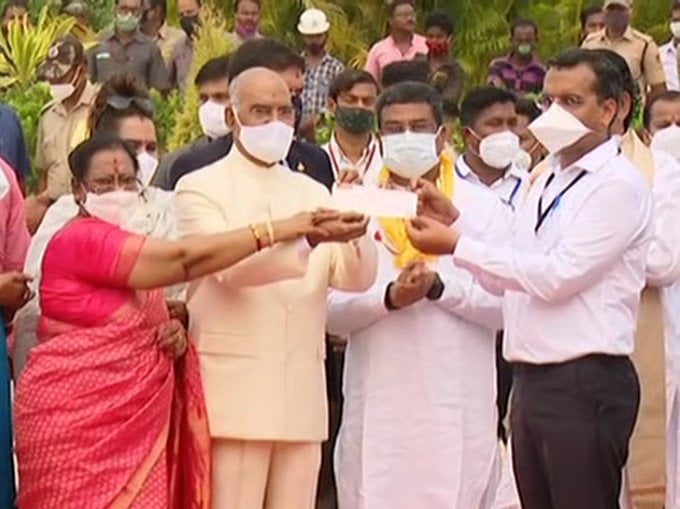 They are expected to return to the helipad after spending around 40 minutes inside the temple and then fly to Konark, where similar security arrangements have been made, around 10.45 pm.

This is Kovind’s second visit to Jagannath Temple as the President.

The President will have a brief stay at OTDC Jatri Nivas from 12 noon to 4 pm. He will reach Bhubaneswar airport at 4.45 and flying back to New Delhi in the evening.

He began his two-day official visit on Sunday by attending the convocation of NIT-Rourkela.