Lessons From Fall Of The Left 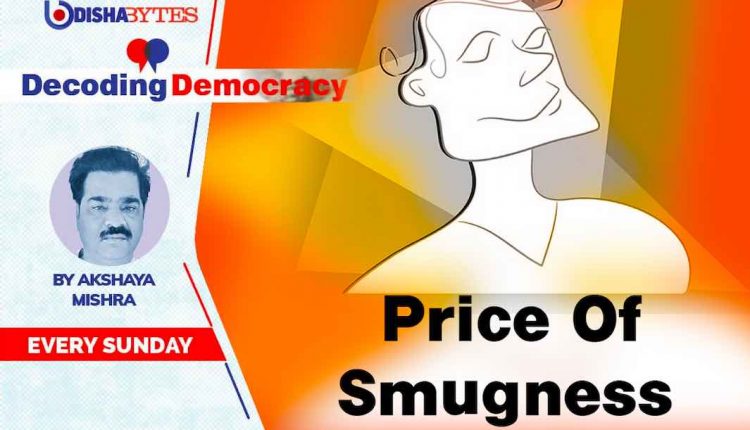 Share
Left has been the most prominent four-letter word in the political discourse of our times. In India, it is reviled and ridiculed in equal measure. Across the world, the ascendant Right justifies its own existence in juxtaposition to it.
In fact, the idea of the Right, a bundle of several incompatible strands of thought, finds an important point of convergence in the demonisation of the Left. The intensity of it is such that it would appear that if there was no Left in the world there would be no Right. It is a convenient cuss word reserved for those trying to present a reasoned point of view on issues rather than an emotional one.
Its last true bastion, the Soviet Union, officially collapsed in 1991. China exists more as an aberration to the core ideology, with a clear gap between its form and spirit. In India, its footprint has been getting smaller over the decades. The end appears close.
The ideology is restricted to academic circles these days. A few teachers and students in institutions such as the Jawaharlal Nehru University still repeat the songs, slogans and ideas well past their use-by date. Call it intellectual arrogance or sheer foolishness, they are yet to acknowledge that they are addressing empty stands. The audience is long gone.
What did it do to deserve such a fall? How come an ideology with masses at its core got so rudely rebuffed by the same masses everywhere? There must be something inherently abominable about the ideology or maybe it had to do with the way it translated into political action.
All analyses of the great fall point to certain common factors, some theoretical, some practical. To begin with, the context of its origin and growth was specific to the industrial revolution in the later half of the 19th century. The circumstances in the labour-capital equations shifted over time, but the ideology refused to accommodate the new reality.
Second, it did not render itself easy transplantation in varied social conditions. India, for example, presented a socio-economic backdrop too different from that of the European nations.
Third, it sought to reduce humans largely into economic entities. It failed to, or refused to, treat them as complex creatures responding to several other stimuli around as social beings.
Fourth, capitalism created space for aspiration and social mobility while the ideology of the Left stayed in denial of both. The former saw benefit in accommodating features of communism and was able to win over the latter’s core base to a great degree while the Left refused to be flexible.
Fifth, while firming up its position through the capture of institutions and organisations, it alienated the other intellectual view ruthlessly. The current vitriolic reaction to it reflects the depth of resentment in a vast swathe of the elite.
Sixth, it lost connect with its core followers on the ground. The wholesale defection of the traditional mass support base in West Bengal and Tripura to other parties stands as testimony to its failure at the grassroots level.
Also, we must add that it has been one of the biggest killers of mankind, possibly equalling religion. There are certain common traits to both ideology and religion. Both are designed to manipulate and control the mind. Both can programme people to kill, and both can quell moral qualms about the act through elaborate justification. However, unlike religion, which is more humane, it had a strong criminal streak. Communist regimes have been the worst in terms of suppressing dissent and eliminating perceived enemies.
Ironically, the fall happens at a time when it should have been more relevant than ever in India. Wealth inequality is getting starker, the population of have-nots has swelled unimaginably, big capital is expanding control over politics, the middle class has stopped growing, opportunities for social mobility is getting more and more constricted, and land and labour issues are acute. Given the fact that the idea of the Left has natural traction among the spirited young and the idealistic, it should have been growing.
The BJP claims to have finished the Left. It’s not accurate; it only raged one of the last surviving bastions of the ideology, Tripura. The real damage was done by Congress, which usurped key ideas of the Left long ago and made electoral gains out of it at the cost of the latter. The Left never sought to innovate and enlarge its presence beyond a limited class segment. Post the economic liberalisation, as young India developed a fascination for money and better life, the advocates of the ideology never acknowledged the new reality. The children of farmers and workers wanted their lives to change, this looked for political options that promised it.
Even as economic disparity was growing, they had none to articulate it. Brilliant student leaders rarely moved up the party hierarchy. It offered them no career, no opportunity to grow. And the effort to infuse new blood into the party was anaemic.
The blame for the fall should rest squarely on the thought leaders and bandmasters of the ideology. They sought to fit the world into the ideology instead of fitting ideology into the world. Warning signals all-around, including the sharp erosion in the core support base, failed to stir them into action. Even now we hear some saying the Left cannot die. It’s an idea that can never be irrelevant.
Agreed. The idea will always be relevant. But who’s going to convey it to the masses?
Will it revive? It depends. It has to begin with introspection. There is no sign of it yet. Till then it will suffer the indignity of a four-letter word.
Share FacebookTwitterGoogle+ReddItWhatsAppPinterestEmail

Goya’s Wellington: The Curious Lost-&-Found Case Of The Stolen Portrait