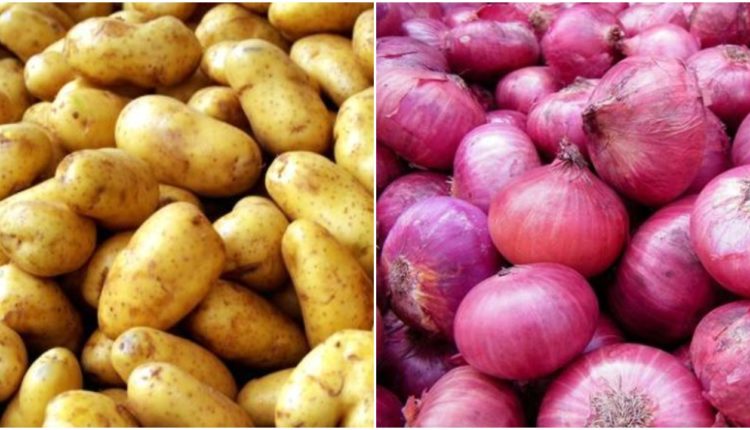 Cuttack: The sudden spike in the prices of potato and onion in Odisha has evoked resentment among the people.

In Cuttack market, the potato is selling at Rs 28 per kg in wholesale and Rs 33 in retail, while onion comes at Rs 40 and 50 per kg.

Talking to mediapesons, general secretary of the Chhatara Bazaar Byabasayee Sangh Debendra Kumar Sahu said most of the states including Odisha primarily depend on West Bengal for potato. However, the production in the neighbouring state this year has been severely hit due to heavy rainfall.

Referring to the steep hike in the price of onion, Sahu said apart from Nasik, the traders of Odisha usually procure onion from Bengaluru in Karnataka and Kurnool in Andhra Pradesh. But the onion production in both places has been affected due to untimely rain.

Similarly, Maharashtra received heavy rain during the harvest season leading to an acute shortage of onion. As a result, the farmers in Nasik have stopped export of onion to other states.

“The godowns in Chhatra Bazar usually receive 8-10 truckloads of potato from West Bengal and 6-7 truckloads of onion from Nasik, Andhra Pradesh and Bengaluru every day. However, there is not a single consignment of potato and onion from these areas for the last two days. As a result, the onion stored in the godown last year is sold at a higher rate,” Sahu informed.

Asked whether the price of these two essential items will rise further, he said if the neighbouring states will not export, the price will go up.

In Bhubaneswar, the potato, which was sold at Rs 20 per kg last week, now costs Rs 35 per kg while the onion is now sold at Rs 50 per kg in place of Rs 35 in the retail market.

Second COVID Hospital To Come Up In Odisha’s VIMSAR