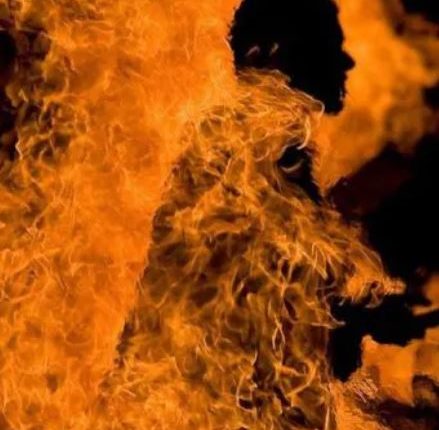 Jaipur: A temple priest who was set ablaze by five persons in Rajasthan’s Karauli district on Friday succumbed to injuries. The main accused, Kailash Meena, has been arrested by the police, while a search for others is underway, officials informed.

Rajasthan Chief Minister Ashok Gehlot tweeted, “The death of Babu Lal Vaishnav is unfortunate and condemnable. We do not have place for such acts here. The state government stands by the family of the deceased. The main accused has been arrested and a case is underway. The accused won’t be spared.”

Babu Lal Vaishnav had previously complained to the police that Meena and his family were trying to grab the 15 bigha land which belongs to Radha Gopal temple in Bukna village, the Karauli police revealed in a press statement.

“According to the complainant, on Wednesday morning, Vaishnav had an argument with Meena and his associates over some construction that the latter was carrying out near a hill. Later, the accused allegedly set the 60-year-old on fire,” Prakash Chand, Additional Superintendent of Police, Karauli, told The Indian Express.

He said the priest was shifted to SMS Hospital in Jaipur where he later died. “Preliminary investigation suggests that the land where the dispute took place belongs to the government. A case has been registered against five persons, including Meena,” Chand was quoted as saying by The Indian Express.

Man Hacks Neighbour To Death Over Land Dispute in…