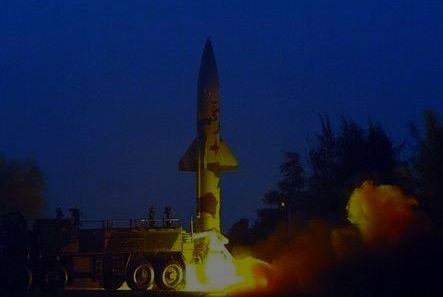 Bhubaneswar: India successfully carried out a test launch of the tactical ballistic missile Prithvi-II from a test range off the Odisha coast at 8.30 pm on Tuesday.

“A successful training launch of a short-range ballistic missile, Prithvi-II, was carried out on January 10 from the Integrated Test Range, Chandipur off the coast of Odisha,” a statement from the ministry read.

The test met all mission parameters &andthe nuke capable missile with an advanced inertial guidance system hit the target with close to zero CEP. “A well-established system, the Prithvi-II missile has been an integral part of India’s nuclear deterrence. The missile struck its target with high accuracy,” it said.

The “user training launch” successfully validated all operational and technical parameters of the missile, it added.

The Prithvi-II was earlier successfully test-fired during night hours in 2018 and in 2019.

The missile, developed by the DRDO under the Integrated Guided Missile Development Programme, has a range of around 350 km and can carry 500-1,000 kg of warheads.