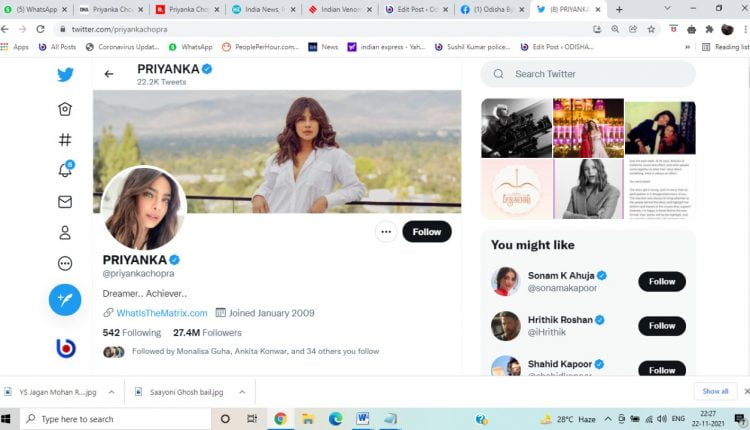 Her official Instagram handle @priyankachopra now only displays her first name Priyanka. On Twitter, too, her name has been changed to Priyanka — in bold and capital letters.

The celebrity couple has been a favourite of fans and followers since the duo started dating and shared loving and cute social media messages with each other. But the recent development has left them stunned.

All the more so as the couple recently bought a new house and also celebrated Diwali together in it. Priyanka had shared of her and Nick’s Diwali celebration in their new house.

There has been no official comment from Priyanka or her team yet, but netizens have started wondering if all is well with the popular couple, fondly named ‘Nickyanka’.