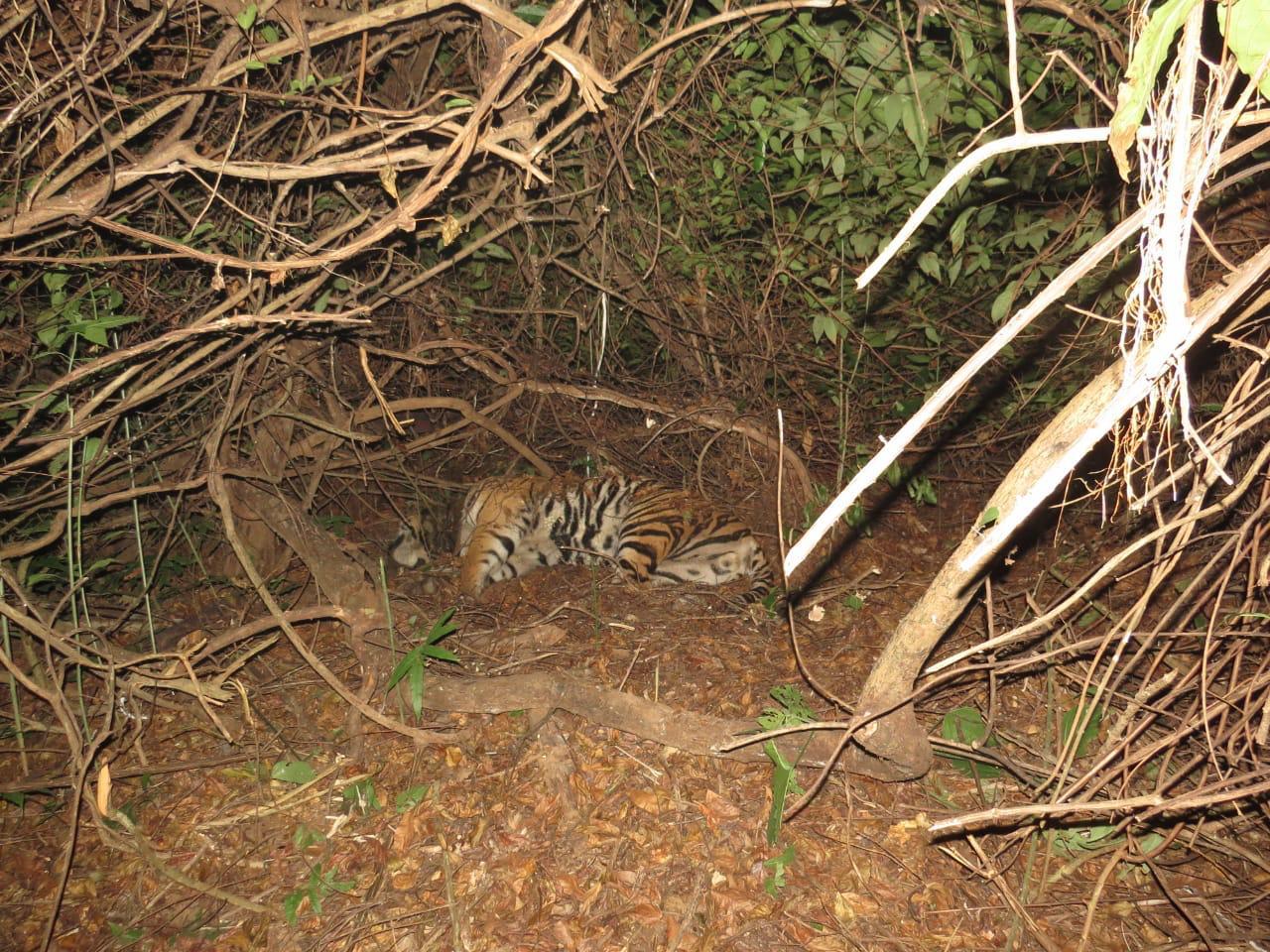 Angul: A joint team of the National Tiger Conservation Authority (NTCA) and the Wildlife Institute of India (WII) on Friday began investigation into the death of a male Royal Bengal tiger Mahavir, whose carcass was found inside a bush at Satkosia Wildlife Sanctuary in Odisha’s Angul district on November 14.

According to reports, Inspector General (IG), NTCA, Amit Mallick and senior scientist, WII, Dr K Ramesh arrived at the sanctuary in the morning for an on-the-spot investigation. The team will probe into the cause of the death.

On the other hand, Additional Principal Chief Conservator of Forest (APCCF) and field director of Satkosia Tiger Reserve, Sudarsan Panda maintained that as per the prima facie evidence, the tiger has not been killed. He also said that there was no lacunae on the part of the tiger monitoring staff, who have done their duty round-the-clock to monitor the movement of the tiger through the radio satellite.

Panda further said that he had asked Satkosia DFO Ramasamy P to probe into the incident as the investigating officer (IO), who will visit the villages in the sanctuary and its periphery, interact with the people and collect information about the movement of the tiger.

Asked about the investigation by the joint team of NTCA and WII, he said apart from the investigation, the team would also study the behaviour of the Bengal tigress Sundari who has been kept inside the enclosure at Raigoda.

Following the death of Mahavir, NTCA on Thursday had put the inter-state tiger translocation project in Odisha on hold.

It may be mentioned here that Mahavir was brought from Kanha National Park on June 20 and kept inside the enclosure at Raigoda on June 21. After observing his behaviour, the Forest officials had released him in the wild of Satkosia on July 6.