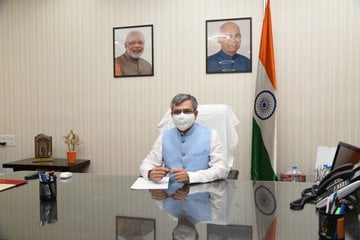 Bhubaneswar: The progress of railway projects in Odisha is very good, said Railway Minister Ashwini Vaishnaw in the Parliament on Friday.

Replying to a question, the Minister said Odisha, West Bengal and North Eastern states have been given importance under Prime Minister Narendra Modi’s Purvoday vision.

Informing about the allocations in the budget, Vaishnaw said from Rs 838 cr which was being given to Odisha from 2009-14, the funding has been increased to Rs 4,126 crore per year from 2014-19 after Modi became Prime Minister.

Talking about the three important projects he said, the 52-km Chakulia-Budhamara railway line connecting Odisha-Jharkjhand awaits land acquisition for the work to progress. Of the total 52 km line, 17 km is in Odisha, said the Minister and added survey work on the line has been completed but land acquisition and forest clearance is awaited.

Khurda-Balangir railway line is called new line as there was no railway line in this part, said Vaishnaw. A major hurdle is land acquisition and forest clearance, he said and added that states have been requested to facilitate the same to help in speeding up the work.

At places where the land has been acquired, the work is progressing at desired pace, said the Railway Minister. On the other hand, the  tunnel work on Talcher-Angul line has been completed recently, he said and hoped to continue the work in coordination with the states as per Narendra Modi’s vision of ‘Sabka Saath, Sabka Vikas’ vision.