Properties Worth Rs 4.77 Cr Of 3 Ganja Mafias Seized In Odisha 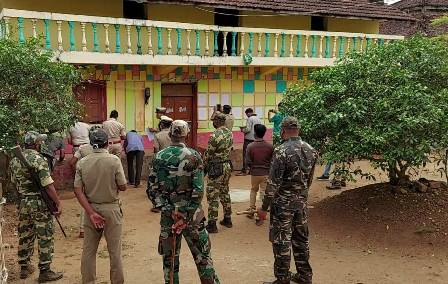 Acting on the directive of the Competent Authority & Administrator, Narcotics Control Bureau, Kolkata, a 15-member team of police led by the Nabarangpur SP Kusalkar Nitin Dagdu and SDPO Papadahandi raided Panaraguda village on Wednesday and seized all movable and immovable properties of Prabhakar Mali, Aniruddha Mali and Ramesh Mali.

The seized properties include four buildings, 4.82 acres of land, two tractors, two bikes and a car. Apart from this, police froze 10 bank accounts of these three mafias.

Briefing the media, the SP said Prabhakar Mali has been arrested and lodged in the Nabarangpur District Jail while the other two are absconding.

“Police have launched a manhunt to nab these two absconders,”, he said, adding that the drive against the drug mafia in the district will continue.