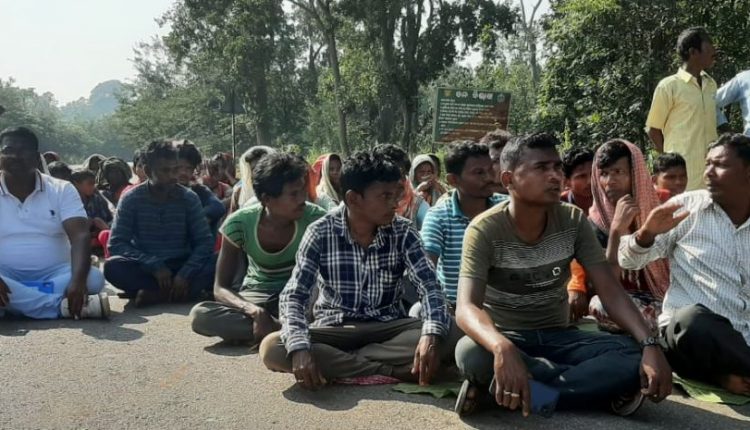 Malkangiri: Several agitators were taken into custody by police while staging a road blockade on NH-326 at Kotameta in Odisha’s Malkangiri alleging gunning down of two innocent persons in the name of anti-naxal operation.

While police had earlier stated that two Maoists were shot dead in a gun-battle with security forces in Malipadar forest of Koraput district on Friday, the protesters alleged that the slain persons were daily wagers and not naxals.

Vehicular movement between Malkangiri and Jeypore in Koraput remained disrupted due to the road blockade, which was going on since Sunday. Normalcy in movement of vehicles on the highway was restored after police picked up the agitators.

Family members of the deceased, identified as Dhana Kamar of Sargiguda village of Malkangiri and Jaya Kumar Nag of Nuagada village under Kosagumuda police limits in Nabarangpur district, alleged that the encounter was fake.

A large number of villagers along with relatives of Kamar had blocked NH-326 near Kotameta since Sunday demanding compensation of Rs 30 lakh to his family.

They claimed that Kamar, a labourer, and was proceeding to Kotpad through the forest when he was killed and then branded as a Maoist by the police.

Police had on Friday said that two Maoists were killed in an exchange of fire with security forces in Malipadar forest under in Boipariguda block of Koraput. Several arms and ammunition and other articles were also seized during combing operation in the forest, they had said.

Heavy Firing On Street Near Mumbai