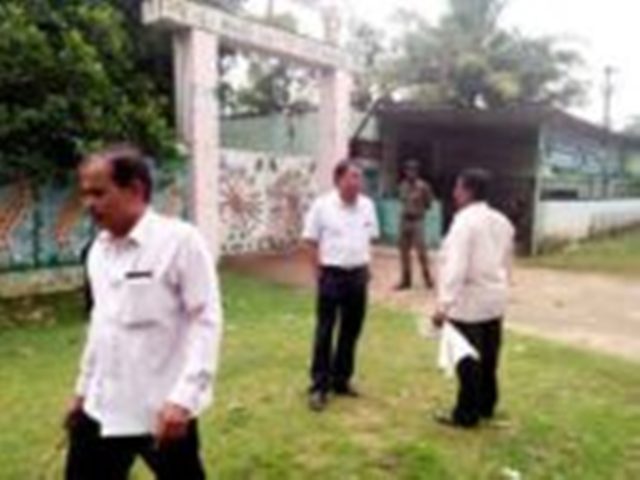 Puri: The district administration has initiated the process to reclaim government land encroached by Dera Sacha Sauda ashram here.
The ashram at Beleswarpatna in Beladala mouza has allegedly encroached on 12 decimals of government land. “The eviction notice will be soon served on the ashram,” Puri Sub Collector Madhusudan Das said on Wednesday.
Demarcation of the land was done on Tuesday in presence of the Tehsildar Prabir Khillar, he added.
On the direction of the district collector, a five-member team of Revenue Department officials led by the Tehsildar had measured the ashram’s land and conducted an inquiry on the encroachment allegation.
According to sources, the ashram bought four acres of land in 1977 and subsequently encroached on another 12 decimals of government land. A portion of the restaurant in front of the ashram and the boundary wall on the back side has been constructed on the encroached land, the sources added.

Was The Tusker ‘Stranded In Mahanadi’ Helping A…