Puri Artists Who Make Idols From Ice-Cream Sticks, Matchsticks Make It To ‘India Book Of Records’ 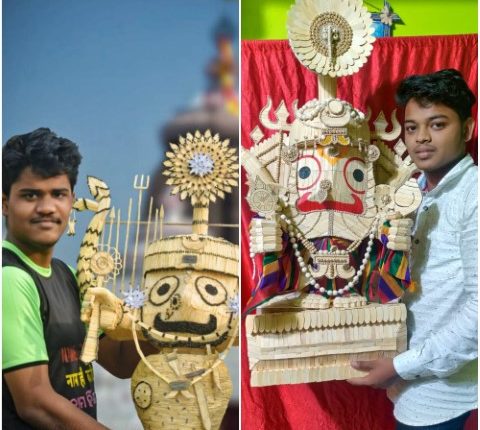 Puri: Two artists from the temple town have found a place in ‘India Records’ for their unique skill of making idols from ice-cream sticks and matchsticks.

Saswat Ranjan Sahoo received the confirmation letter from the India Book of Records on Monday, while Biswajeet Nayak, who is already an India Record holder has also made it to the Asia Book of Records.

They have crafted idols of Lord Ganesh, Goddess Durga, Lord Jagannath and his chariot and many more with the help of ice-cream sticks and matchsticks. 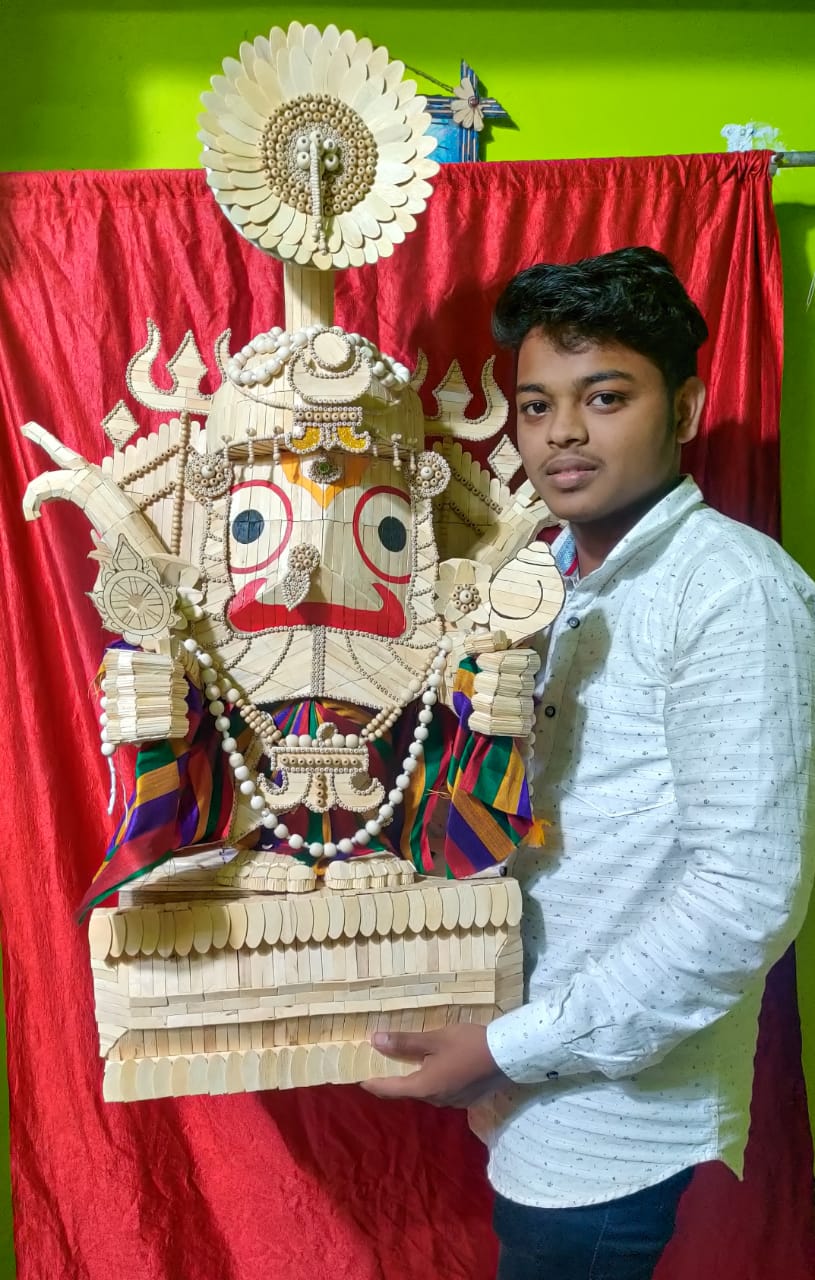 Saswat has crafted the Nagarjuna Besha of Lord Jagannath using 7881 matchsticks and used 3635 matchsticks for decorations. 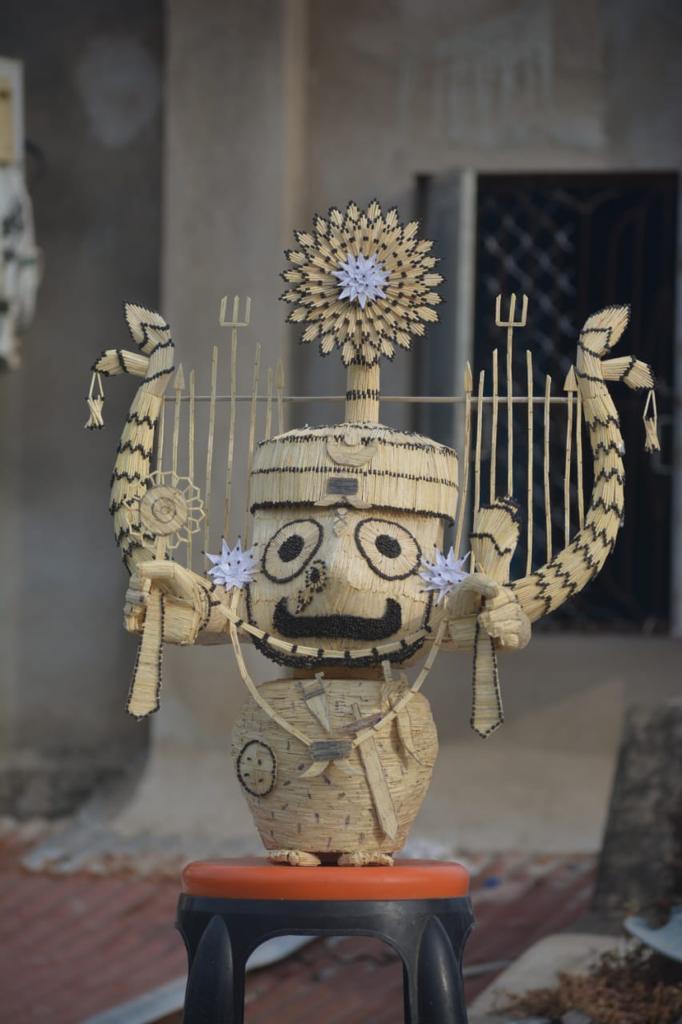 Saswat, a native of Kumbharapada in Puri district had made an idol of Lord Jagannath using 7,881 matchsticks, making it to the India Book of Records.

“I completed the 17-inch-long and 15-inch-wide Jagannath idol in 21 days,” said Saswat.

“Jagannath Temple has been closed due to Coronavirus since March. Now shopping malls and other business establishments have opened but not the temple. Why? Many temples in and outside of the state have already been opened. I have crafted the idol with the purpose to send a request to open the temple for devotees,” he added. 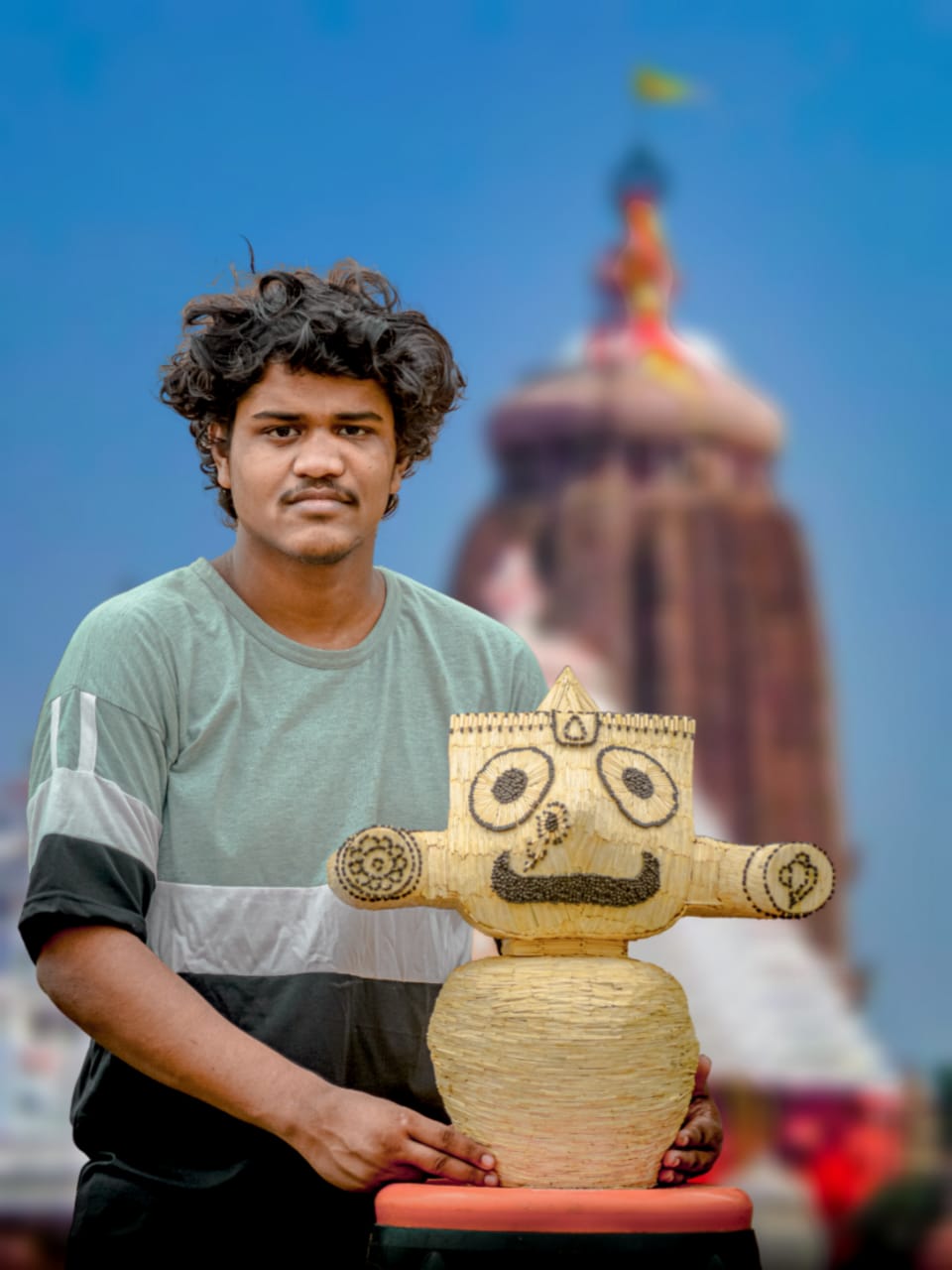 “I had applied to India Book of Records earlier to get acknowledgment for my work and received the confirmation letter yesterday,” said Saswat.

Saswat is a first-year student of BSc in a college in Brahmagiri.

Likewise, Biswajit had made an idol of Lord Ganesh with 5,575 ice-cream sticks during Ganesh Puja in 30 days. The idol is 55-inches in height and 33-inches in width. He made it to the Asia Book of Records for this idol. 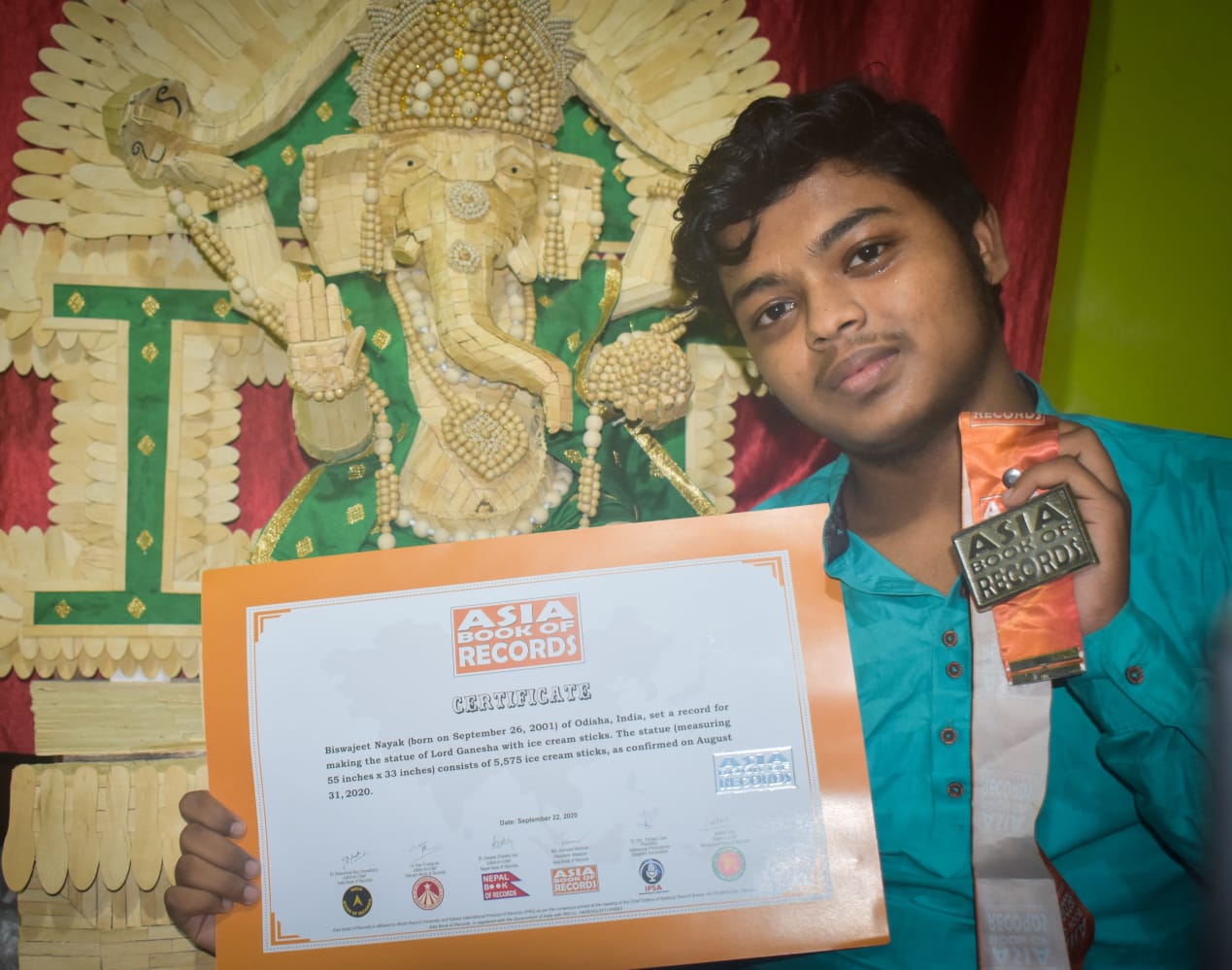 “I had made Lord Jagannath’s chariot using 2,575 ice-cream sticks, for which, I have found a place in India Book of Records,” said Biswajit.

Biswajeet is pursuing his Diploma Engineering Degree. He belongs to Kumutipatna village in Puri district.

“I have passion for painting and making sculptors since my childhood. With my studies, I have also taken training on sand art from internationally-acclaimed sand artist Sudarsan Pattnaik. But I started making idols from ice-cream sticks during the lockdown,” he added.

Biswajieet had made just the face of Goddess Durga using 375 ice-cream sticks in six days during Durga Puja.

“I want to showcase my idols made out of ice-cream sticks during the festivals,” he said.

“During the lockdown, Habisialies could not come to Jagannath Temple in Puri. I am dedicating my artwork of Nagarjuna Besha of Lord Jagannath to those Habisialies, who used to come to Puri every year in the month of Kartika,” said Biswajeet.