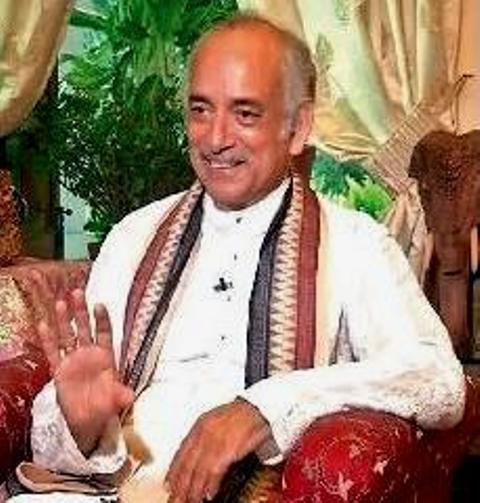 Puri: Puri King Gajapati Dibyasingha Deb has extended his support to the proposal of Union Petroleum Minister Dharmendra Pradhan on raising funds from the devotees around the world for development of heritage corridor around Jagannath Temple here.

Replying to the Minister’s letter in this regard on Saturday, the Gajapati said the Shree Jagannatha Heritage Corridor (SJHC) is a historical undertaking which will require the whole-hearted support of both the State and Central governments as well as devotees in Odisha and around the world.

“I have no doubt that this will be possible since, as our history has shown, there can be no greater unifying and rallying force than the call to serve the Lord Supreme,” he added.

Expressing his gratitude to Pradhan for the valuable suggestions and support, Deb said, “I wish to assure you on behalf of Shri Jagannatha Temple Managing Committee as well as myself that we will sincerely take every possible step for the all-round development of Shreemandira and Shreekshetra in the interest of countless devotees around the world.”

In his letter, Pradhan had appealed to the Gajapati, who is the chairman of Shree Jagannath Temple Authority (SJTA), to make arrangements for the devotees to contribute according to their capacity as an opportunity in service of the Lords. The king can act as a coordinator between the Centre and the state in this regard, he said.

The minister also assured of the Centre’s help in waiving the income tax on the funds from the devotees in the country as well as abroad.

On February 15, the managing committee of the SJTA had approved the heritage corridor project which proposes to redevelop the surroundings of the 12th century shrine.

Odisha BJP MPs Take Up Irregularities In PMGKAY With Union…