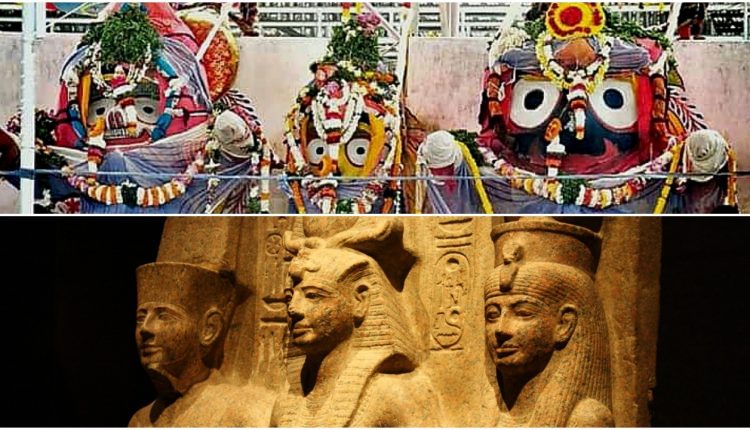 Egyptian mythology offers strong hints of maritime links with ancient Odisha. The land it mentions as Put or Punt was most probably Puri, according to a research work. The holy triad of Lord Jagannath, Devi Subhadra and Lord Balabhadra had their Egyptian equivalent in Amun, Mut and Khonsu. The latter had a festival similar to Rath Jatra and also one similar to Dola Jatra, where all deities congregated. Like in Puri, the king in Egypt had the first right to worship the deity and was referred to as god. Konark also finds mention in their mythology as Kanarak. Sun worship was common to both places. We have sketchy details of merchandises exchanged between both.