Puri On Alert Over Flood Threat 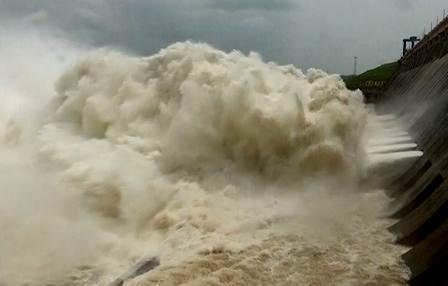 Puri: A flood-like situation looms in Odisha’s Puri district with excess waters of the Mahanadi river being continuously discharged downstream by the Hirakud Dam authorities. All key officials of the district have been instructed to remain alert.

According to sources, Puri Collector Samarth Burma held a review meeting on the possible flood threat.

The Met Department has not warned of any flood yet but such a situation may arise if the floodwaters of Hirakud Dam reach the Daya and Bhargavi rivers. Locals residing near the rivers are already panic-stricken.

Two ODRAF teams, one NDRF team and four teams of fire fighters have been ordered to remain alert.

Meanwhile, Pipili MLA Rudra Maharathy also reviewed the situation. He directed the local administration to be vigilant to deal with any emergency situation.