Puri: Following the go-ahead from the Supreme Court, the Jagannath Temple committee on Monday said that the rituals for Rath Yatra will begin at 3 am inside the 12th-century shrine.

The Pahandi ritual (procession) will began at 7 am and the sibling deities will board the chariots at the Singha Dwara facing towards the Gundicha Temple by 10 am. The Chherapahara ritual will be held at 11.30 am.

The chariots will be pulled thereafter, around 12 pm.

The Schedule For Tuesday 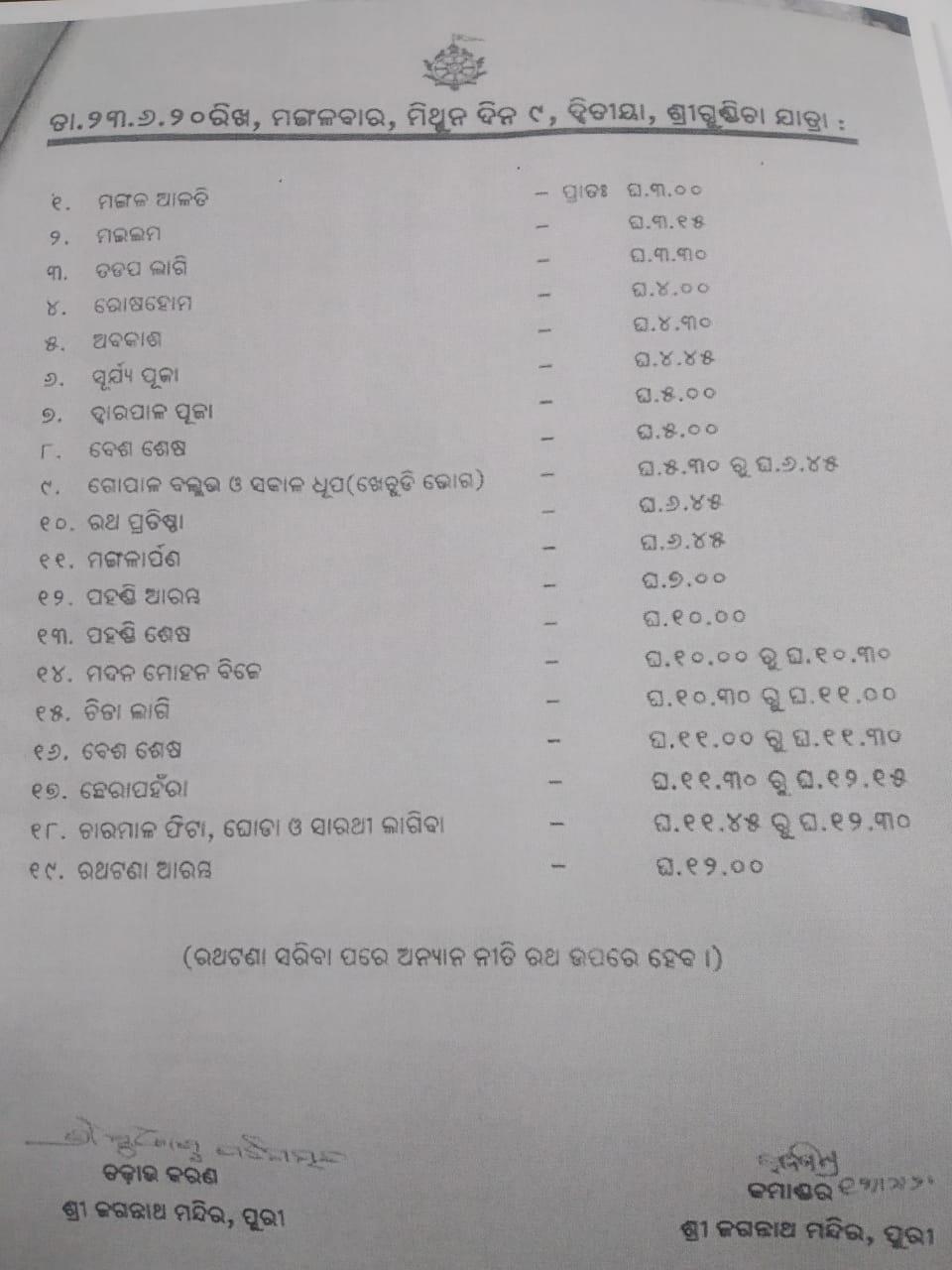 Shower Relief For 3 Odisha Districts, But Bhubaneswar Continues To Sizzle At 39…