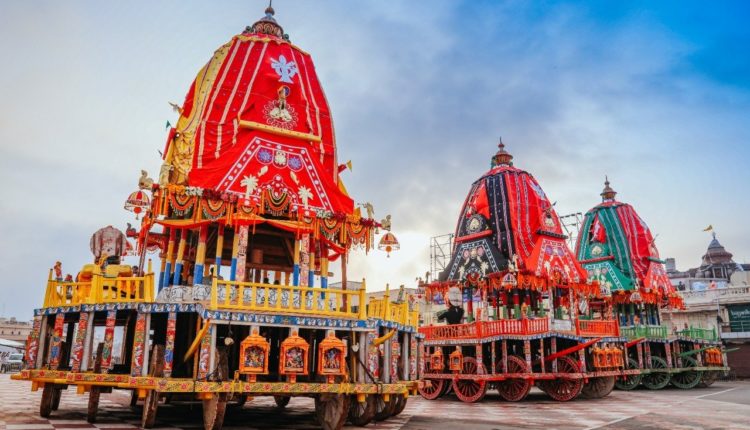 Bhubaneswar: The servitors, who will be engaged in various rituals of the sibling deities during Rath Yatra in Puri, will undergo multiple rounds of the COVID-19 test.

This was decided at the meeting on COVID management during Rath Yatra chaired by Shree Jagannath Temple Administration (SJTA) chief administrator Krishan Kumar.

“RT PCR testing to be carried out for all the sevaks involved in the rituals before 48 hours. The testing will be done at four stages – before Snana Yatra, before Gundicha Yatra, before Bahuda Yatra and 15 days after Niladri Bije,” the SJTA said in a press release.

Police personnel and temple officials involved in arrangements will also be tested.

The meeting also stressed vaccination of all sevaks and officials.

In view of the COVID pandemic, Rath Yatra will be held without the participation of devotees for the second consecutive year. The chariots of the deities will be pulled only in Puri.

– A nodal officer will be appointed by the SJTA, Puri Dist Administration and CDMO office for close coordination on a day-to-day basis.

– A detailed micro-plan to be made for setting up special medical posts during Rath Yatra. This will include deployment of additional medical staff in consultation if required. The focus will be on sevaks who will primarily pull the chariots in view of the COVID-19 restrictions.

– Adequate number of masks to be distributed among the Sevaks during Snana Yatra and Ratha Yatra.

– To promote hand hygiene like last year, sanitiser to be distributed among Sevak families.

– Meetings will be held with members of Nijogs to sensitize them on do’s & don’ts to be followed during the conduct of the rituals.

– Handouts will be distributed among all the Sevaks and officials on the do’s & don’ts to be followed with regards to COVID-19.

Odisha Tehsildar Suspended For Dancing At Brother’s Wedding Without Mask