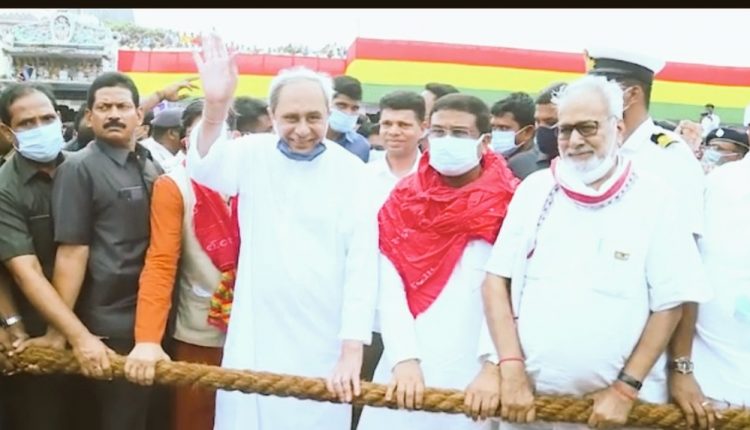 Puri: After a COVID hiatus of two years, the Lords of Jagannath Temple in Pilgrim Town of Puri began their nine-day sojourn with thousands of devotees participating in the annual festival on Friday.

Amid the sea of devotees were Governor Ganeshi Lal, Chief Minister Naveen Patnaik, Union Minister Dharmendra Pradhan and Chief Justice of Orissa High Court Dr S Muralidhar pulling the Nandighosha chariot of Lord Jagannath as it rolled on the Grand Road towards Gundicha temple, around 3 km away from Srimandir.

The CM reviewed the Parikrama project and held talks with officials on the progress made so far before attending Rath Yatra.

Notably, Naveen returned to Odisha after his 10-day two-nation foreign trip late last night.  He landed at Biju Patnaik International Airport in Bhubaneswar around 12.15 am.