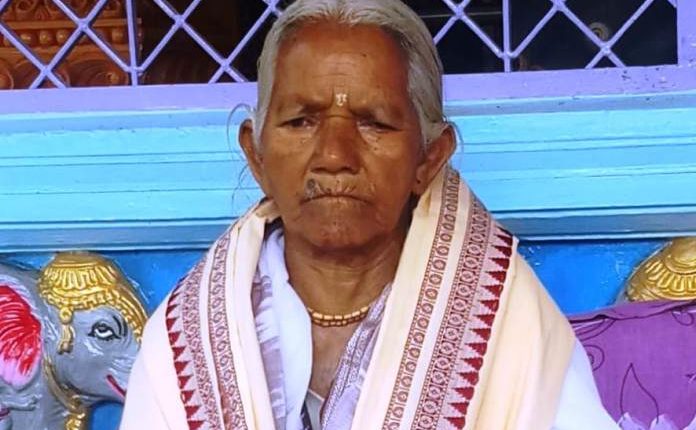 Bhubaneswar: Purnamasi Jani, a Kui poet from Odisha will be honoured with India’s third highest civilian honour Padma Shri. She is among the 5 Odias who have been recognised for their services.

A tribal poet, Jani is popularly known as Tadi Sarubai in the region for her devotional songs and poems which she sings in Kui dialect. In the last 40 years, Jani has written and sung thousands of devotional and folk songs.

Her name in the Padma Awards list has sprung up a surprise as very little is known about the 85-year-old.

Jani joins the clan of talented but little known artists of Odisha like Haldar Nag (Padma Shri 2016) and Jitendra Haripal (Padma Shri 2017) who have been recognised by the Centre for their contributions to keeping the art forms and local dialects alive.

Residing in Charipada village under Khajuriapada in Kandhamal district, she was born in 1936.

She has never been to school not does know how to read and write, other than reciting poems in Kui dialect. Locals see her as an healer, whose songs are balm to the soul.

While little is known about her, some efforts were made in the past decades to compile her poems. While Premanand Mohapatra published a compilation of her poems a teacher of Phulbani College Biswaranjan too shed some light on Tadi Sarubai’s life and her verses.

Her verses were also published by Abhay Singh in a literary journal ‘Sachitra Vijaya’.

After the news of Padma Awards broke out, wishes have starting pouring in from all sections of society and Ministers too. But, will the award bring any change in the life of artistes like Tadi Sarubai who are rooted to their land.