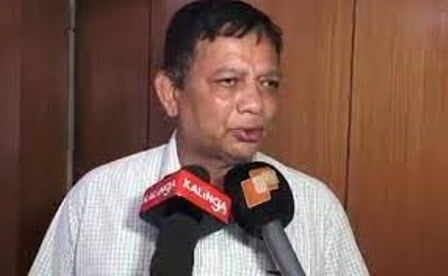 Bhubaneswar: The R-value of COVID-19 in Odisha is below one which is an indication that there will be no third wave in the state, said Dr CBK Mohanty, Director, Medical Education & Training.

Speaking to mediapersons, the DMET said a wave is considered to have set in when the R-value is more than one. However, the R-value in Odisha has not reached that mark.

“Odisha is still on a downward trajectory with a very low number. So,  we should expect that there is no third wave,” said Dr Mohanty.

Unlock, he said, is essential for livelihood purposes. “Those who are symptomatic have to be isolated and should not be allowed to move. It is our duty to detect them,” he said.

During the second wave, predominance of Delta variant of coronavirus was seen in 120 countries, and Odisha too had faced the situation, he added.

About the COVID scenario in the state, Dr Mohanty said there has been some improvement in the situation against what it was about 45 days back.

The DMET’s statement comes on a day when a Chennai-based Institute of Mathematical Sciences (IMSc) stated in its report that Bhubaneswar and Puri had an R count of over 1 between July 23 and August 1. The R-value was the highest at 1.24 in Bhubaneswar, followed by 1.13 in Puri and 0.97 in Cuttack city. This was more than the state average of 0.89 per cent.

Under such circumstances opening cities could result in resurgence. The DMET requested people to remain vigilant, stop crowding, maintain social distancing and use masks as R-value is reflected when people come in contact with each other. “By following the protocol strictly, we can stop the spread of COVID,” he added.

Corona tracing and testing is most important, he said.