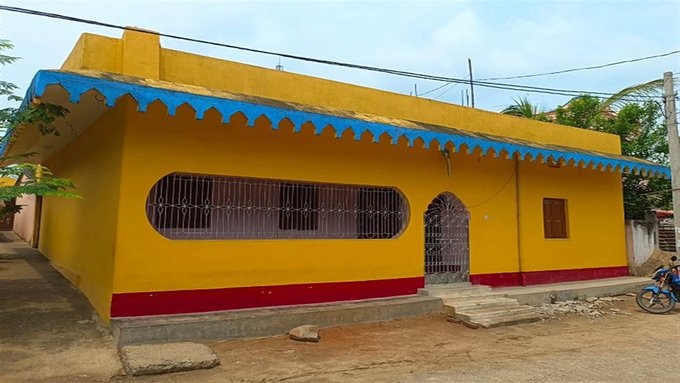 Baripada: With Droupadi Murmu’s ancestral village making news after she was picked as the BJP-led NDA’s Presidential candidate, the Odisha government has launched electrification work in a portion of Uparbeda in Mayurbhanj district on a war-footing.

The state government made the announcement on Saturday.

Murmu no longer lives in Uparbeda, having shifted to Rairangpur town, 20 km away, decades ago.

Uparbeda village with a population of 3,500 has two hamlets — Badasahi, which is fully electrified, and Dungursahi, which has only 14 households but no electricity. People of Dungursahi still use kerosene lamps.

Murmu’s nephew Biranchi Narayan Tudu lives in Dungursahi along with his wife and two children.

The issue was brought to the notice of the local MLA and MP during 2019 but nothing happened, Chittaranjan Baske, a villager from Uparbeda, told PTI.

“We have issued an order to the Mayurbhanj section of the company to complete electrification work and ensure power supply to entire Uparbeda village within 24 hours,” a senior TPNODL official told PTI.

“We have no intention to keep the villagers in the dark, but it was due to lack of certain official clearances,” the official said.

The lack of electrification in Dungursahi came to light when journalists reached her village after she was nominated as the Presidential candidate.