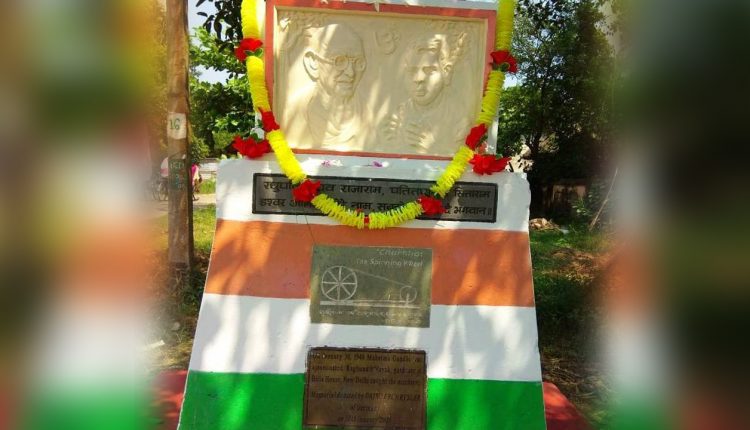 Kendrapara: While the whole nation pays tributes to Mahatma Gandhi on October 2, Jagulaipara in Kendrapara remembers the services of Raghu Nayak, who had worked as a gardener in Birla House in New Delhi and helped nab Gandhi’s assasin Nathuram Godse on January 30, 1948.

Organised by the Gandhi Smriti Committee here, people of Jagulaipara paid rich tributes at the joint plaque of Raghu Nayak of Rajakanika along with that of the Father of Nation on Saturday to mark Gandhi Jayanti. School children began the day by singing Ramdhun which was followed by lecturers by local leaders who remembered Raghu Nayak’s association with Gandhi.

Gandhi Smriti Parishad president Sudhansu Nayak said the plaque set up by a German company in 2005 at Rajakanika depicts Raghu Nayak along with Gandhi and this is regarded as one of the rarest Gandhi monuments across the country.

According to reports of Gandhi’s assassination as described in The Last Phase of Mahatma Gandhi, Nayak chased Godse after he had fired at Gandhi and pinned him down with his hands. Other reports claim that Nayak attacked Godse’s head with a sickle.

Nayak was felicitated by former President Dr Rajendra Prasad on February 2, 1955. He died in 1983.

[Watch] Over 40 Injured In Firecracker Mishap In Odisha’s Kendrapada, 10 At…