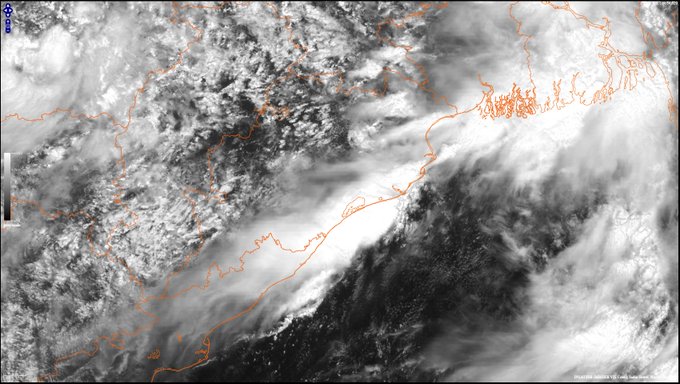 Bhubaneswar: Rain and squall will continue to lash coastal areas of Odisha due to variation in wind movement from the South, senior meteorologist of Bhubaneswar centre Umashankar Das told the media on Tuesday.

“The wind speed at Puri was recorded at 25-30km/hour while it was 15-16 km/hour in Bhubaneswar this morning,” he said, adding that the sea condition will remain rough, leading to high tides, and a warning has been sounded for fishermen for next 24 hours.

He further said that the highest rainfall of 54 mm was recorded at Puri town followed by 40 mm at Chhattrapur.

Das said that a fresh cyclonic circulation is expected over the north Bay of Bengal around September 18, which may increase the intensity of rain in the state on September 17-18.