Rain Intensity To Decrease In Bhubaneswar Cuttack, Moderate Spells To Continue Till Oct 10 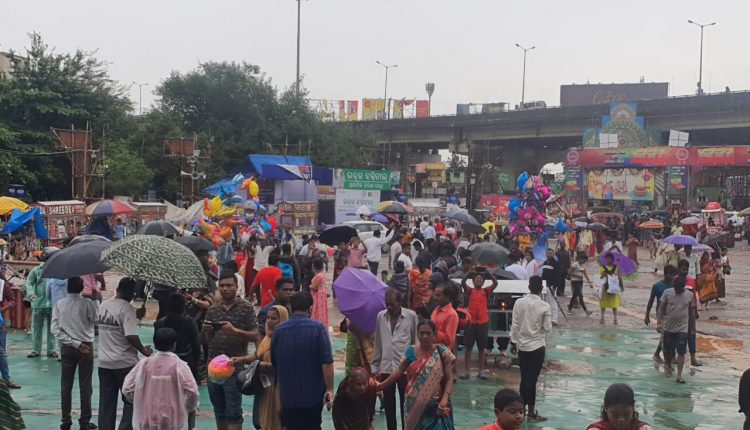 Bhubaneswar: With a low-pressure area formed over westcentral Bay of Bengal along Andhra Pradesh coast oscillating for two days, heavy rain is likely to lash one or two places in South Odisha till Wednesday, SOA’s Center for Environment and Climate (CEC) said on Tuesday.

Moderate to intense rainfall across coastal Odisha, including two cities of Bhubaneswar and Cuttack since Tuesday morning, is expected to decrease in the afternoon with the cloud mass moving into interior districts, it said in a bulletin.

However, light to moderate spells of rain could occur across Odisha till October 10 or 11, it said adding that it would rain occasionally at sporadic locations.

Notably, the India Meteorological Department (IMD) has issued orange warning for heavy to very heavy districts for some parts of Gajapati, Ganjam, Kandhamal, Puri, Rayagada, Malkangiri and Koraput districts till 8.30 am on Wednesday.

The MeT office has warned about waterlogging in low-lying areas, reduction of visibility causing traffic congestion in urban areas and mudslides and landslides in hilly areas.

Yellow warning for heavy rainfall has also been sounded for several districts for the next three days.