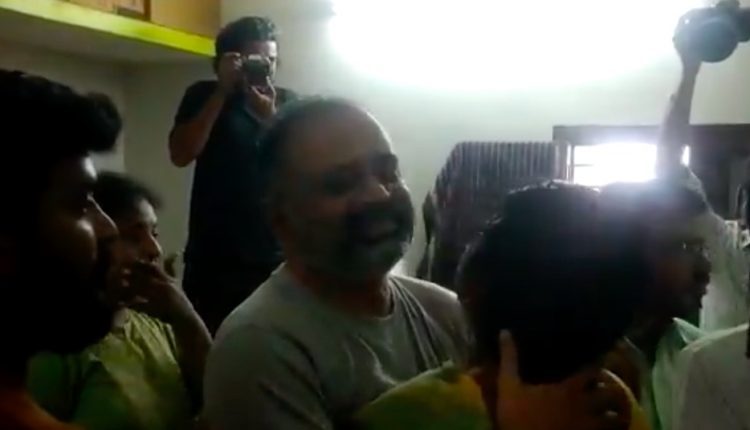 New Delhi: The Supreme Court on Wednesday ordered the release of A G Perarivalan, one of the life convicts in the Rajiv Gandhi assassination case, invoking powers under Article 142 of the Constitution.

The bench of Justices L Nageswara Rao and B R Gavai was of the view that the inordinate delay in deciding Perarivalan’s early release plea by the Governor under Article 161 warranted his release, LIveLaw reported.

Earlier, Solicitor General Tushar Mehta informed the court that the Governor after considering all facts on record and perusing all relevant documents had recorded that the “President is the appropriate competent authority to deal with the…request”.

Perarivalan has served over 30 years in prison and moved the apex court over delay in his release despite a recommendation given by the Tamil Nadu government in 2018 to remit his sentence. He contended that he had already spent 30 years in jail and that the Governor’s decision must be placed on record.

Notably, he was granted bail by the top court in March this year.

Then 19 years old, he was accused of buying two 9-volt batteries used in the bomb to assassinate the former prime minister and sentenced to death by a TADA court in 1998. The Supreme Court upheld the sentence the next year but commuted it to life imprisonment in 2014.

Speaking to the media after the verdict, AG Perarivalan’s mother Arputhammal thanked everyone for their support. “I have struggled to get my son justice for over 31 years. You all have supported me. Thank you for that. I don’t know what else to say apart from thank you.”