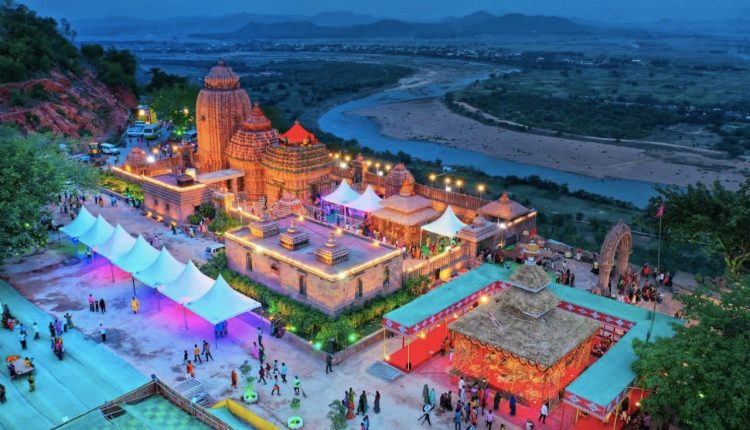 The chief minister participated as chief patron of 5-day sanctification rituals of the new structure of the shrine on the final day. He also offered puja to Maa Tara Tarini, who is considered as presiding deity of Ganjam.

Dedicating the newly-built facilities at the temple to the people, Naveen said those would prove highly beneficial and attract more devotees and tourists to the Devi shrine. He expressed his gratitude to the workers, artisans and masons for their contribution to development of the temple.

He made special mention of eminent sculptor late Raghunath Mohapatra for his contribution. He also felicitated sculptor Narayan Tripathy on the occasion.

“I offered puja to Maa Taratarini seeking blessings for welfare of people of Ganjam. Whenever I visit the temple, I feel a rare satisfaction and peace,” he said.

The servitors from Jagannath temple in Puri, Lingaraj temple in Bhubaneswar, Samaleswari temple in Sambalpur and Baldevjew temple in Kendrapada participated in the rituals.

The temple premises have been refurbished with facilities including a resting place for devotees, a dining hall, discourse hall, space for lighting lamps, central plaza and modern lighting at a cost of Rs 115 crore.