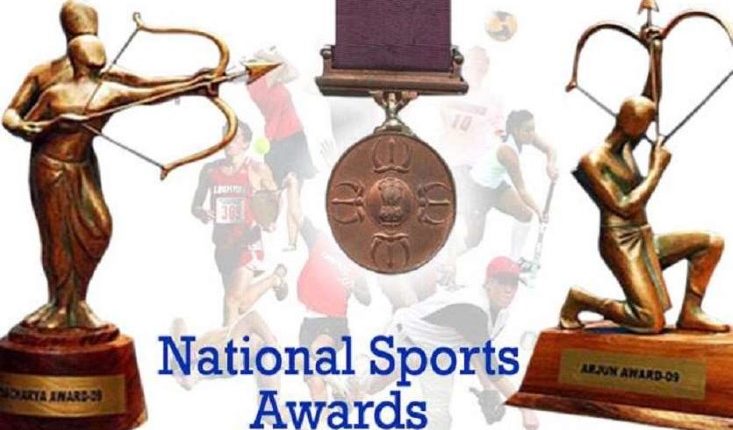 New Delhi: The National Sports Awards selection committee has recommended the names of sportspersons for the prestigious Rajiv Gandhi Khel Ratna Award. From Mary Kom to Sachin Tendulkar, the award is conferred on selected sportspersons every year. Here is a glimpse of the nominees for 2020.

Vinesh Phogat is the cousin of the wrestler Babita Kumari who won the gold medal in 2015 Commonwealth Games. Coming from a family of successful wrestlers and trained by senior Olympic coach Mahavir Singh Phogat, she has bagged many medals in various competitions like the Asian Games, Commonwealth Games and World Championships.

From modelling in the college days to being famous at a young age as a TT player, Manika ranks among the 50 most successful table tennis players in the world. She is also the only Indian to have received The Breakthrough Star Award by the International Table Tennis Federation (ITTF).

Trained by Dronacharya award recipient Baldev Singh, Rani Rampal is known as the only hockey player to have won the World Games Athlete award. She is also a Padma Shri awardee.

Neeraj Chopra is a track and field athlete who primarily competes in the javelin throw. The 22-year-old is well known for throwing the javeline for national record of 88.06 metre.

Rohit Sharma is the vice-captain of Indian cricket team who has also been named as ODI Cricketer of the Year by the International Cricket Council (ICC). The Arjuna awardee has scored 39 international centuries in his career so far.

Boxer Vikas Krishan made his international debut in Asian Youth Boxing Championships in 2010 and scored a gold medal. Putting on the gloves on at an early age of 10, he has been unstoppable in the lightweight, welterweight and middleweight divisions.

Amit Panghal is also a boxer who started training after being inspired by his Army brother. He has competed in the flyweight and light flyweight divisions in Asian Championships and World Champions. He is also a Junior Commissioned Officer (JCO) who served the Indian Army in 2018.

Hima Das is India’s pride in sprinting. Having received the prestigious Arjuna award at a very young age, she has won 3 gold medals – two in the Asian games and one in the World U20 Championships.

The shuttler from Andhra Pradesh represents India in badminton. He has won many medals including 4 gold medals. He is the first Indian to win gold at the Swiss Open Grand Prix Gold.