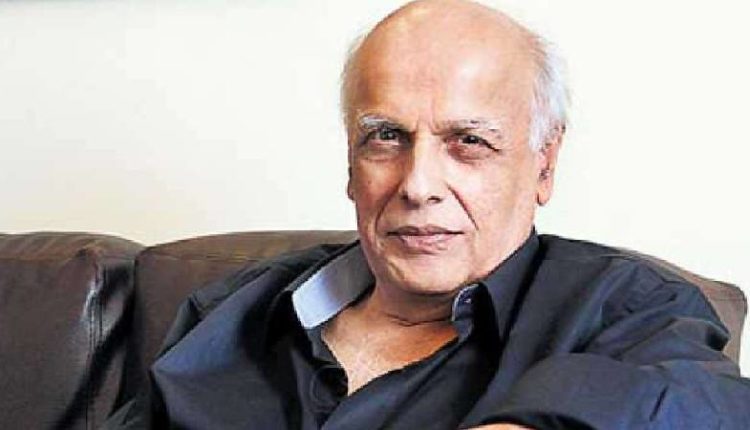 Mumbai: Veteran filmmaker Mahesh Bhatt on Tuesday confirmed that he appeared before the National Commission for Women (NCW) in connection with a sexual assault case filed against the promoter of modeling firm, IMG Ventures.

The filmmaker issued a statement on the official Instagram handle of Vishesh Films and stated that he was summoned by NCW as his name and images were used by IMG Ventures for promoting their event Mr. and Miss. Glamour 2020.

“I appeared before the Hon’ble Commission today in context of the complaint filed by Ms. Yogita Bhayana, Founder of People against Rapes in India against Mr. Sunny Verma, promoter of the company IMG Ventures. I was summoned to appear as my name and images were used by IMG Ventures for promotion of their event Mr. and Miss. Glamour 2020, scheduled to be held in November, 2020,” read the statement.

“As a father of three girls, I have the highest regard for the cause taken up by Ms. Yogita and the National Commission for Women and express my full cooperation for the crusade,” Bhatt said in his statement.

However, according to an IANS report earlier, Bhatt’s legal team had stated that the filmmaker didn’t receive any notice from NCW.

“Our client would like to bring to your attention that our client has not received any such notice from NCW as mentioned in your tweets. We understand that your notice has been issued for seeking our client’s presence as a witness. Our client is ready and willing to offer all cooperation that is required by your good office. In any event, our client would like to place on record that neither he is associated with IMG Venture or his promoter nor with the complainant Ms. Yogita Bhayana nor any incident mentioned in your tweets in any manner whatsoever,” stated the letter, sent to NCW, on behalf of the filmmaker.