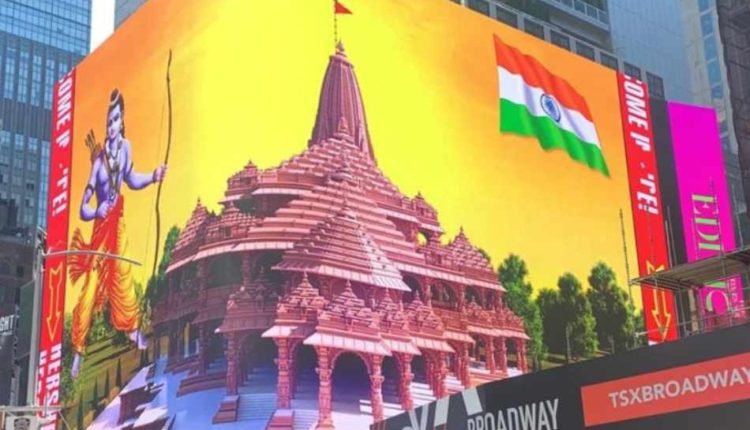 Why Odisha Chief Minister Naveen Patnaik, who takes to Twitter to comment on almost every important development in the country, has chosen to keep quiet on Prime Minister Narendra Modi’s much-talked about ‘bhoomipujan’ for the construction of Ram temple at Ayodhya? He has neither expressed his approval of Prime Minister’s participation in the ceremony that was also attended by RSS chief Mohan Bhagwat and UP chief minister Yogi Adityanath, nor criticized it. Is he maintaining a tactical silence on the issue with an eye on his secular vote-bank?

That seems to be the logical conclusion to draw considering that not only his personal relations with the Prime Minister have been extremely cordial in his fifth innings as Chief Minister but he has also been supporting the BJP-led National Democratic Alliance (NDA) government on crucial issues such as triple talaq and revocation of special status of Jammu and Kashmir. His party –Biju Janata Dal (BJD) –also went along with NDA on the contentious Citizenship Amendment Act (CAA) which ruffled feathers among influential sections of the state’s Muslim community whom Naveen sought to appease with the assurance that he would now allow the National Citizenship Register (NCR) exercise to take place in Odisha. Running with the hare and hunting with the hounds has been the defining trait of Naveen’s politics in his current term which has seen him consciously trying to build bridges with Narendra Modi government while also seeking to protect his secular vote-bank.

His silence on the Ram Mandir “bhoomipujan” issue is an eloquent commentary on his brand of politics that puts a premium on expediency. It is marked by extreme flexibility that some BJD leaders seek to dress up as pragmatism. Thus, Naveen did not hesitate to dump the BJP, his alliance partner for over a decade in Odisha, on the eve of 2009 elections as it suited his immediate game plan. He suddenly discovered that BJP was a communal party and its alleged association with Hindu fundamentalist elements who had a role to play in the Kandhmal riots of 2008 provided Naveen-led BJD a convenient excuse to justify the move.

Politically speaking, it was a masterstroke in that BJD won a resounding victory in the ensuing elections while BJP was reduced to a single digit status in the state assembly. The results proved beyond doubt that ever since the two parties formed a coalition government in the state in 2000 BJP had been riding piggyback on BJD and the latter was more or less justified in treating its junior partner, which was threatening to become more and more ambitious, as a burden.

Furthermore, it was equally true that the alliance had outlived its utility for Naveen who had already found his feet in the state politics and established his BJD as the prime political party of Odisha. Hence, he could afford to dispense with BJP’s support and did it at the first opportunity. But the manner in which it was done bore the stamp of the Chief Minister’s typical ruthlessness in dealing with friends-turned-rivals. It was a naked display of political expediency.

The same Naveen is now charm personified in his dealings with Prime Minister Narendra Modi whose support he needs badly to keep the state’s finances on an even keel in these trying times. Fortunately for him, Modi, whose NDA still lacks the numbers in the Rajya Sabha, has also been scouting for the support of parties like BJD. The need, thus, is mutual.

The repeated deviations in Naveen’s avowed policy of  maintaining equidistance from the BJP and the Congress should be seen in this perspective. There is nothing permanent about this policy and there cannot be. Naveen knows better than anyone else that in politics only interests are permanent.

Social Media Vs Democracy: How We Become Willing Pawns In Bigger Games