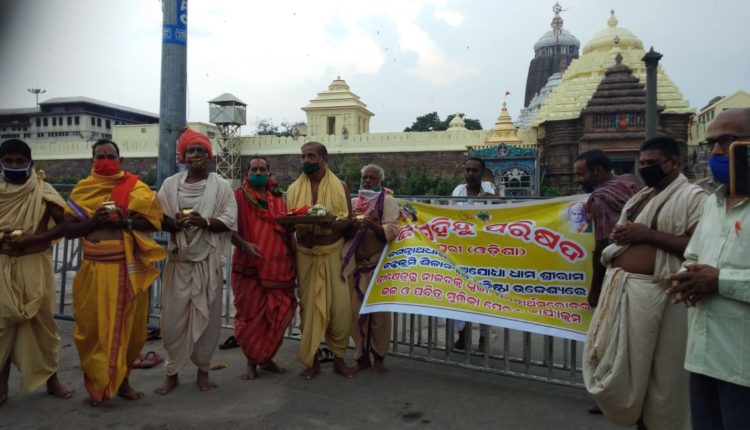 Puri: Acting on the request of the saints and members of Ayodhya Ram Mandir Trust, the Vishwa Hindu Parishad (VHP) on Monday sent the Mahaprasad of Lord Jagannath, holy water and soil of the Pilgrim Town to Ayodhya by courier.

Briefing mediapersons here, co-secretary of VHP Odisha Satya Narayan Das said that the VHP members collected the holy water from the Markandeya, Rohinikunda, Swetaganga, Indradyumna and Mahodadhi (known as panchatirtha), the flag of Jagannath temple and soil from Kalpabata and Koilibaikuntha inside the temple premises, Sakhigopal temple in Sakhigopal, Dakhina Kali temple in Biragobindapur and Mahavir temple at Siruli.

The collected items were later sent by courier after performing rituals near the Simhadwar of Jagannath Temple here.

Notably, Prime Minister Narendra Modi is scheduled to lay the foundation stone of the Ram Temple in Ayodhya on August 5.